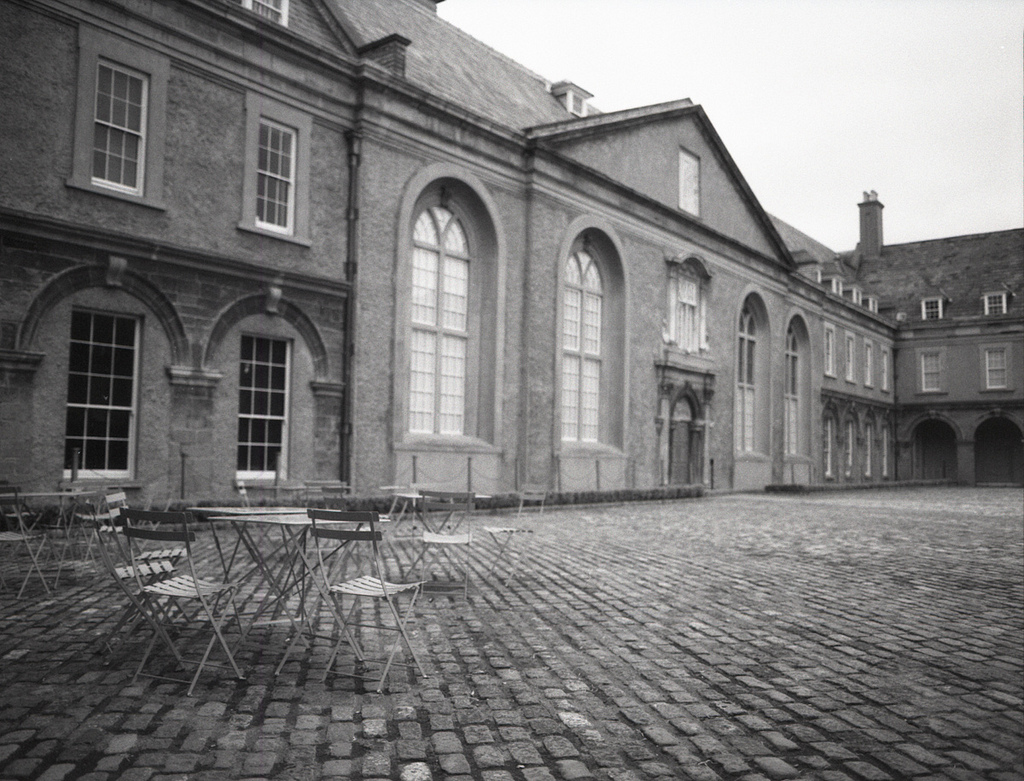 After yesterdays ‘oh shit I can’t post what I wanted to post so I’ll post something else taken with the same camera’ entry, here’s what I wanted to post. Having got my hands on some fresh developer, this is the result of the test SFX 200 roll I’ve had sitting in the fridge for over a year. It taunted me every time I went in there for milk so it had to get used.

Having looked over the roll, I’d give the result an astounding ‘meh’. For €4.85, I expected more of the ‘near IR’ to be visible. Maybe it requires something in post processing to pull that out, mabye I screwed the exposure, maybe I screwed the developing? Maybe it doesn’t like Rodinal? As with everything film camera based, there are way too many variables to consider.

I’m going to have to scan the roll of Pan F+ I shot the same day in the same location to work out the differences, but from looking at the negs drying I can’t see much in it. At least my untrained eye can’t.

IMMA is such an amazing location, more or less peaceful, amazing building, fantastic grounds and you don’t get hassled. Well, much. I was approached at one point by a security guard checking who I was working for because I ‘looked professional’. Nice guy though. Certainly didn’t give me any trouble as I strolled around with a bulky tripod and a camera noticably larger than your average tourist point & shoot.

But I digress. SFX? Pah! I’ll stick with Pan F+ in the Bronica, Neopan 100 in the Canon A1. Nice to try it out though. If nothing else, it lets you know you’re not missing anything special. Having said that, I welcome all commenters offering their two cents on what I did wrong.

2 Replies to “The Royal Hospital”