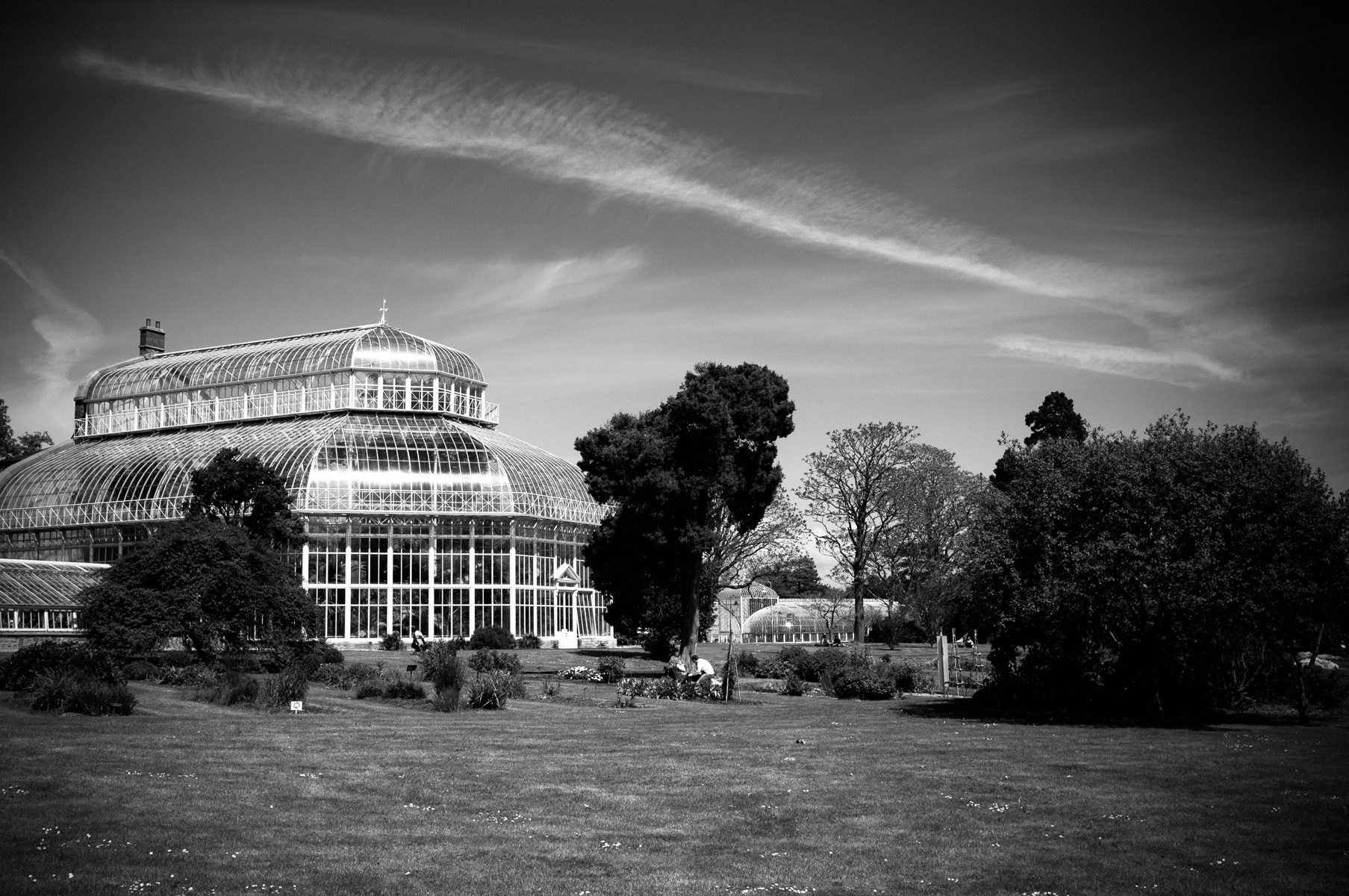 A little over a week ago, something bright and warm appeared in the Dublin sky. When it didn’t disappear within a few hours/days, people began to accept it as the norm. As usual, this sends people out into the world in droves. Every square inch of beach will be occupied (or used as some kind of scalded scobe battle ground), scenic drives will be jam packed with tourists and fair weather cyclists/motorcyclists and ice-cream men begin to form complex battle plans in an effort to maximise profit before the rain/sleet/snow returns.

So last weekend, instead of sitting on the couch with my feet up and looking out at the fine weather with a guilty ‘should really be out doing something’ feeling in my gut, I was coerced into a drive to the Botanic Gardens. Which was a shame really, because it was a beautiful day for looking out the window while attempting to level-up on what ever game I had in the Xbox at the time.

Fearing the worst as I usually do, I imagined the Botanic Gardens would be a wasteland of pasty skin and screaming babies by the time we arrived. My fears were heightened when we had to bypass the car park, which was already blocked off by that all to familiar fine weather sight, the “Car Park Full” sign. We did however find a very convenient parking spot nearby so all was not yet lost.

It was quiet, suspiciously so given the extra fine weather. I assumed people must be too busy buying picnic stuff and planning in intricate detail where to leave the empty containers on the beach when they leave. Aside from a few dozen people lounging about on the grass and middle distance soulful yelping from some unfortunately hard done by children it was a good deal quieter than I thought it might be.

For the first time in a long time I was armed with the X100, a camera I had to literally blow the dust off before we set off. On taking the first photo with it (top of the post) I immediately appreciated the built in ND filter.

We had a very enjoyable walk down as far as the pond followed by an impromptu lesson in botany from one of the staff members floating about the place. Granted the lesson may have been triggered by me pointing out a plant by referring to it as “the thing with the dangly white bits”.

Before anyone comments that the photos are *huuuuge* when you click on them, I’m aware of it. I’m just too bloody lazy to go back into lightroom and export then upload them all again.