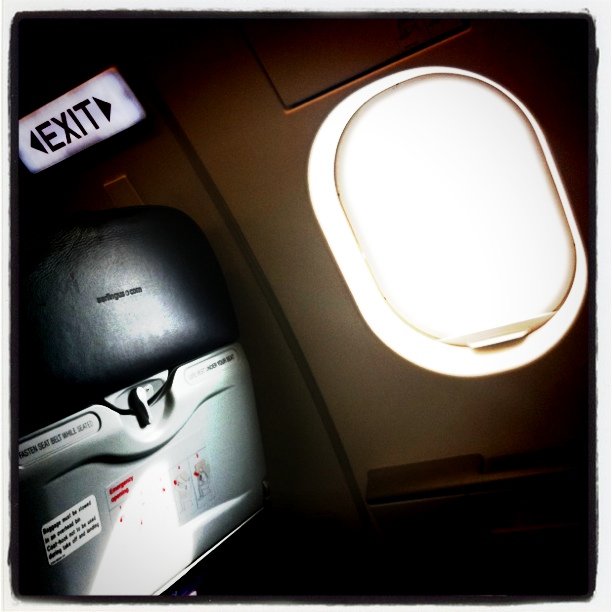 This was Wednesday, my fourth flight of the week.

The week started on Sunday morning with two alarms set for 4 and 4:05am. No snooze. It takes two alarms to wake me up and get me out of bed. Quick shower, no breakfast (that’s what the Aer Lingus lounges are for after all) and into the car for the drive to the airport. Playing dodgems with the taxis for 20 minutes or so before locating a free space in section G (groan) of the long term car park. Anything from A to D is acceptable. E at a push. Anything else is a huge pain in the nuts. Don’t even talk to me about X, Y or Z. You might as well have parked in Meath.

Checked in the suitcase full of tools, power cables, network cables and a couple of pairs of socks and off through security for breakfast. An hour later, sitting on a half full flight to Barcelona. First job of the week. Arrived, taxi to hotel. 11am. Couldn’t check in until 3pm. Pain. Another taxi back into city center and entertained self until 3. Check in, grab tools, CCIB. Drill some holes, few turns of a spanner. Power up, away we go.

Hotel, “yeah, meet you later”. Crashed out on bed. Woke up at 9pm. Maybe won’t see you later. Room service, burnt veal burger, oven chips. Four star hotel? Watching anything on TV that’s in English. Something about American influence in the UK. Checked email, bullshitted on twitter for a while. Sleep.

A place to hide. Trade shows, I love them. May not be an accurate statement. Emails checked when wifi is found. Don’t get me started on the subject of the email client on my phone. By early afternoon it’s in the mid-20’s. Got out, walked on the beach after lunch. Probably a bad idea. Shop closed up about 6pm, over to the hotel to collect my bag of tools (and some clothes), drink a few beers with colleagues to kill time. Flight isn’t until 10:30pm! Off to the airport, another taxi scenic route. Attained synergy with the Spanish language for about 3 seconds. Two questions asked by the taxi driver (who didn’t speak English) were answered by me (in Spanish). Maybe I’m improving?

Tuesday, a day in the office to catch up with email, phone calls and check on the status of new projects. Tuesday ended, set another two alarms for 4 and 4:05am.

Wednesday, shower, taxi dodgem, airport, check in, security, lounge, breakfast, queue, take seat. Half an hour later I was in Manchester. Killed 30 minutes in the airport with a cup of coffee and a sandwich. Found a taxi and got on the motorway.

Few hours of meetings, thought I’d have time to get into the city center. Great to be back in Lancashire, haven’t heard the phrase ‘bloody Nora’ said properly in years. Almost hesitant to leave but I know I’ll be back (near) here in two weeks. Back to the airport, check in, get through security while managing to somehow avoid the body scanner and the gate rape. Security guy obviously wasn’t into me. I’ll deal with it.

Manchester airport is designed in such a way that you need to take a snaking route through duty free to get to the departure gates. It’s genius. Reminded me of Ikea but with less tables & chairs. I can see why they did it. Passing the whisky (and whiskey) section, I had to take a look. Special offer eh? 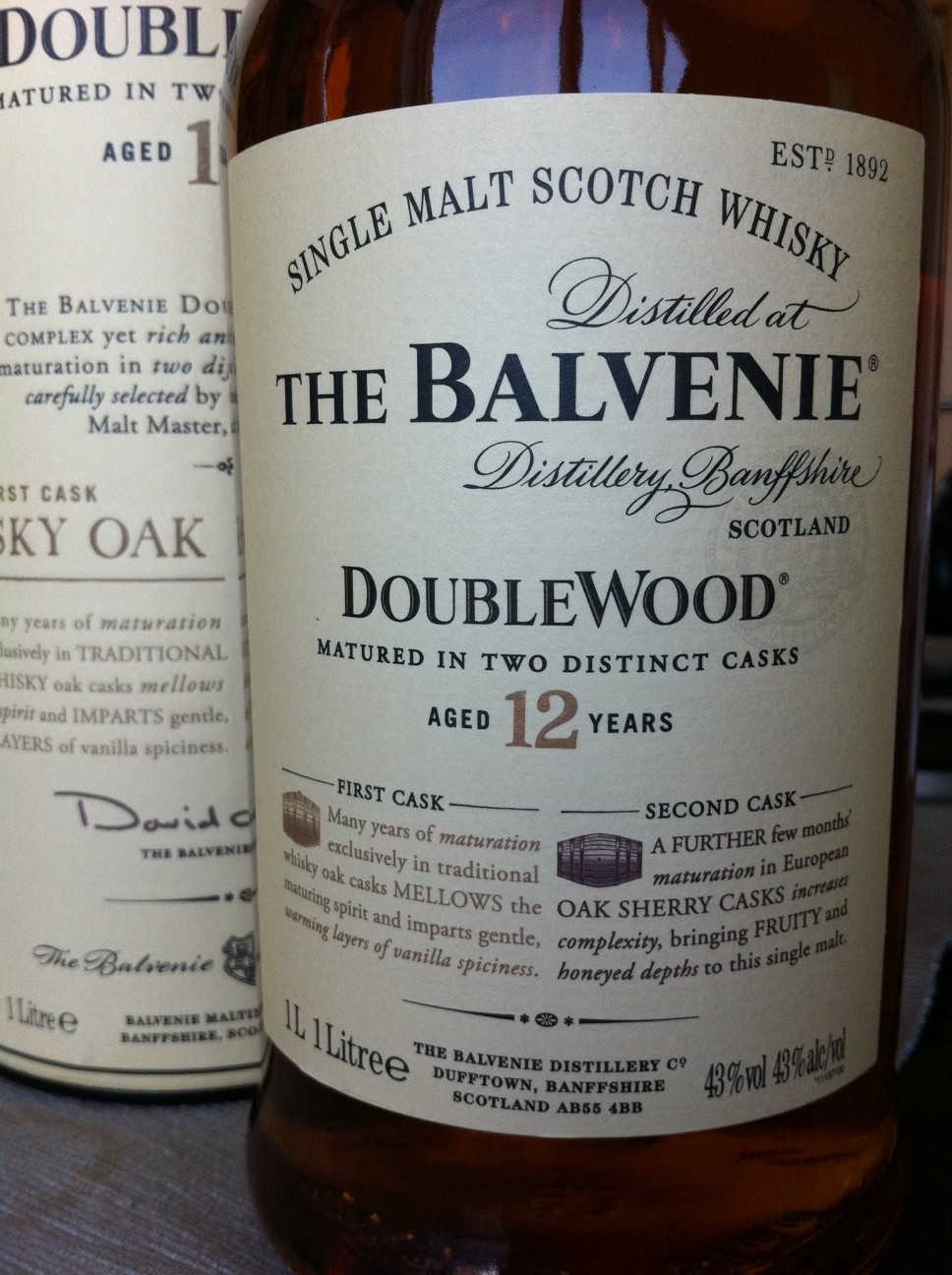 Never one to refuse a good deal, especially when whisky is involved. I’ll admit that my first choices were a Glenmorangie Original and a Nectar D’Or but sadly it wasn’t to be after I discovered that the Nectar wasn’t in the special offer. Balls. A slightly bored looking gentleman convinced me of the qualities of The Balvenie after a wee drameen. That is, a smaller than usual measure of whisky consumed by an Irish person.

I did also get the Glenmorangie Original and after being ushered around the duty free by another member of staff (as by now I can only assume I looked like a confused old man), I made off like a bandit paying only fifty of the Queens English pounds for both. Callooh callay!

Thursday, another day in the office playing catch up (and a little solitaire). I knew what was coming tomorrow, I’d been waiting for it since that Sunday morning getting up at 4am. Having already assumed agreement my manager would be in agreement that one good turn deserves another, I was looking forward to a lazy Friday. The plan would almost certainly turn out to be nothing more complicated than the following. Get up at 10:30am, play a little xbox. Have breakfast. Shower and dressed. Head out on the bike until around 3/4. Come home, laze around drinking beer and pissing about on twitter while enjoying some of the evening sun on the balcony.

Thankfully, the above is exactly what happened. If there’s anything better than having a long weekend, it’s looking forward to it all week!

After putting the new saddle on the bike a few days ago, I haven’t had the chance to get out on it to see if any remaining hint of the numb bum syndrome remains after a certain amount of miles done. The results are coming in and they’re looking good. Almost as good as the Wicklow mountains looked earlier today in fact.

Found some new roads and a hell of a lot of burnt out crap by the side of them. I thought the Wicklow mountains was the place to hide dead bodies, not bring your old fridge freezer and burn it out!?! Never fails to boggle my mind why people would do stuff like that to such a beautiful place. The bike is running beautifully in advance of it’s big service due next weekend. Queue the wallet pain. The joys of BMW ownership I suppose. 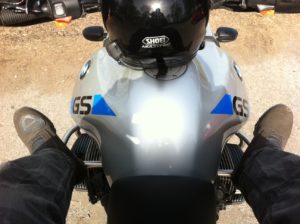 As I sat on the bike in Phoenix Park, watching the deer laze around in front of me and eating an emergency Tunnocks chocolate wafer (I was eating it, not the deer. They can feck off), I began to hope that in two weeks time when I’m parked on the side of the road in the Peak District, my feet on the engine guards, eating another emergency chocolate wafer, that the weather is as nice as it is today. On my well timed, perfectly executed day off.

If I could only change one thing, it’d be that my beer supply hadn’t just ran out.

Other than that though, not too bad a day.

Half way to Silver
Trim Photowalk