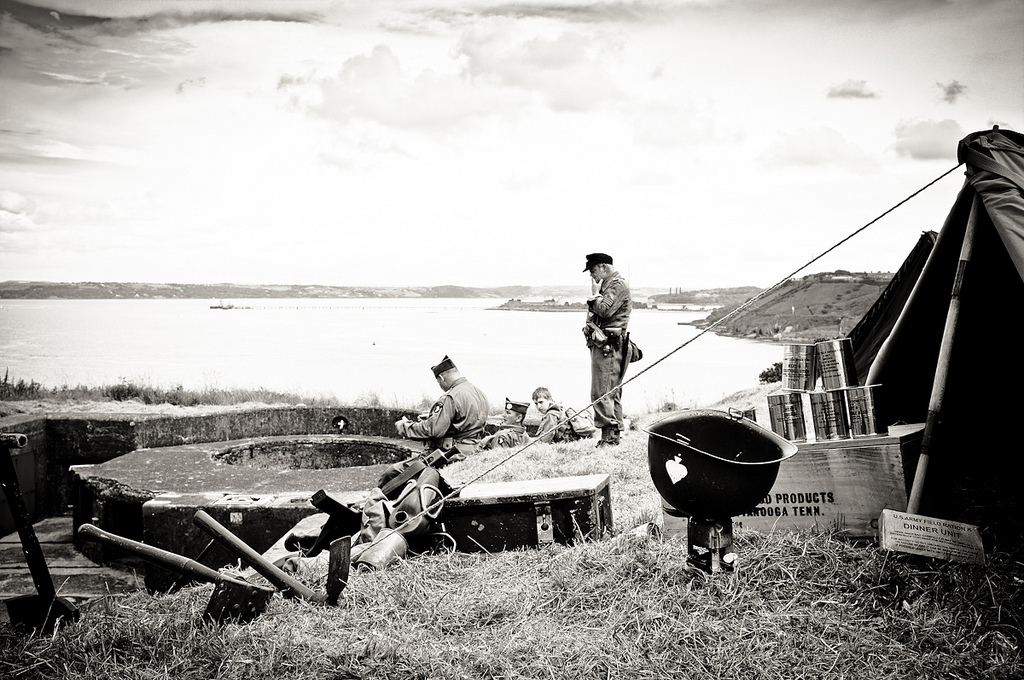 I’m not going to give a long, complicated spiel about the history of Fort Camden, you can read it for yourself over on the Rescue Camden website. My own history with Camden started many years ago being brought to Crosshaven by my parents, walking up point road to that formidable hill only to find the Goliath fort on the top of the hill. I can’t count how many times I’d stood on the grass bank outside the fort, straining to see inside some of the broken windows at the front of the building or crossing the rickety bridge (before it was sealed off) to peek through the bars of the white main gate. It was one of the top things I always wanted to do, to get inside the fort and have a rummage around. I always imagined there were vast networks of tunnels, ammunition stores, underground rooms and other things that would amaze and delight my childhood self. I did finally get in there, albeit briefly, in July 2006 when the front gate was unlocked for some as yet unknown reason. The results of that short trip went up on Flickr. It didn’t disappoint and although much of it was overgrown, dangerous and some flooding made parts inaccessible, I was delighted to finally get in there. It still left me rather unsatisfied however, too many locked doors and welded shut gates left too many questions unanswered. I was always wondering what was inside that door or down that tunnel. Never having been much of a one for scaling large walls or breaking & entering, I had to leave with those questions remaining in my head.

It was always my hope that some group would finally take the initiative (given the required funding of course) and re-open the fort. So some years later, it finally happened. The Rescue Camden group have done simply amazing work in restoring parts of the fort back to a state whereby it’s safe and enjoyable for visitors. The  shot on the right is the beginning of a long downhill tunnel that leads from the main complex down to a lower platform that served two piers. Much of the fort remains to be worked on, when walking around I noticed that several areas are marked for restoration in 2012.

The work that has already been completed is a credit to the group of volunteers and the friendliness and evident passion for the project shown by the people there when we visited on Saturday is fantastic to see after so many years of wishing for something like this to happen.

What this all does mean thankfully is that I can now bring a photowalk group to see the fort, something which I’m planning for Saturday 13th August. If you’re interested, details are over on Photowalk.ie

The rest of this set of photos from the visit on Saturday are on Flickr.