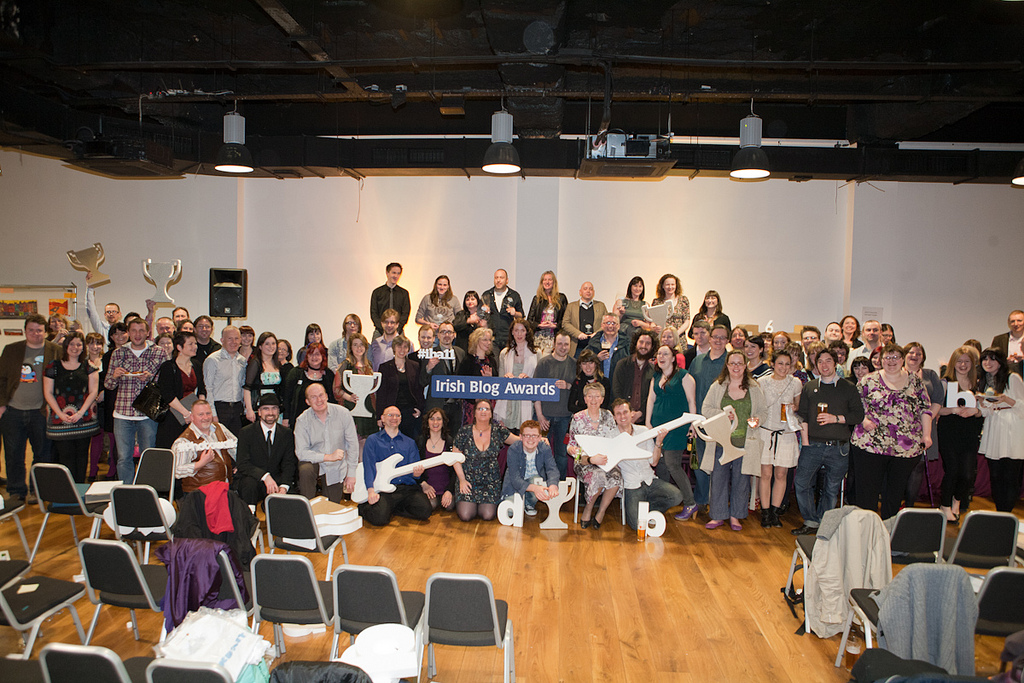 The 2011 Irish Blog Awards group. In the back holding glassware, the winners that were present on the night. After six years, the Irish Blog Awards are no more. At least not in their current guise. What’s currently unknown is how or if they will continue. I’m not going to speculate on that.

It’s said so often and by such a large number of people that it’s almost losing meaning now, but I will repeat that Damien Mulley has done more for Irish blogging and general Irish internet jiggery pokery than anyone else I know. After six years of putting up with all the associated bullshit that comes with a task such as organising the blog awards, I’m amazed there isn’t a series of shallow graves out in the Wicklow hills. If you’ll forgive the melodrama, losing the blog awards after six years of taking part in them is a bit like losing a family member. Or at least a family pet. Like that kind of pet that occasionally shits on the carpet but you love anyway. Or, like that family member that occasionally shits on the carpet but you love anyway. Depends what kind of dysfunctional family you’ve got.

I’ve been delighted to work with Damien and all the blog awards regulars over the years, including Rick, Fran and Brian. I’m immensely thankful that he looked to me to be the photographer for the awards and I hope I can continue working with him and all the other guys well into the future. Couldn’t ask for a better bunch of people to work with.

So that’s it then.

Place to be
Another part of Holland