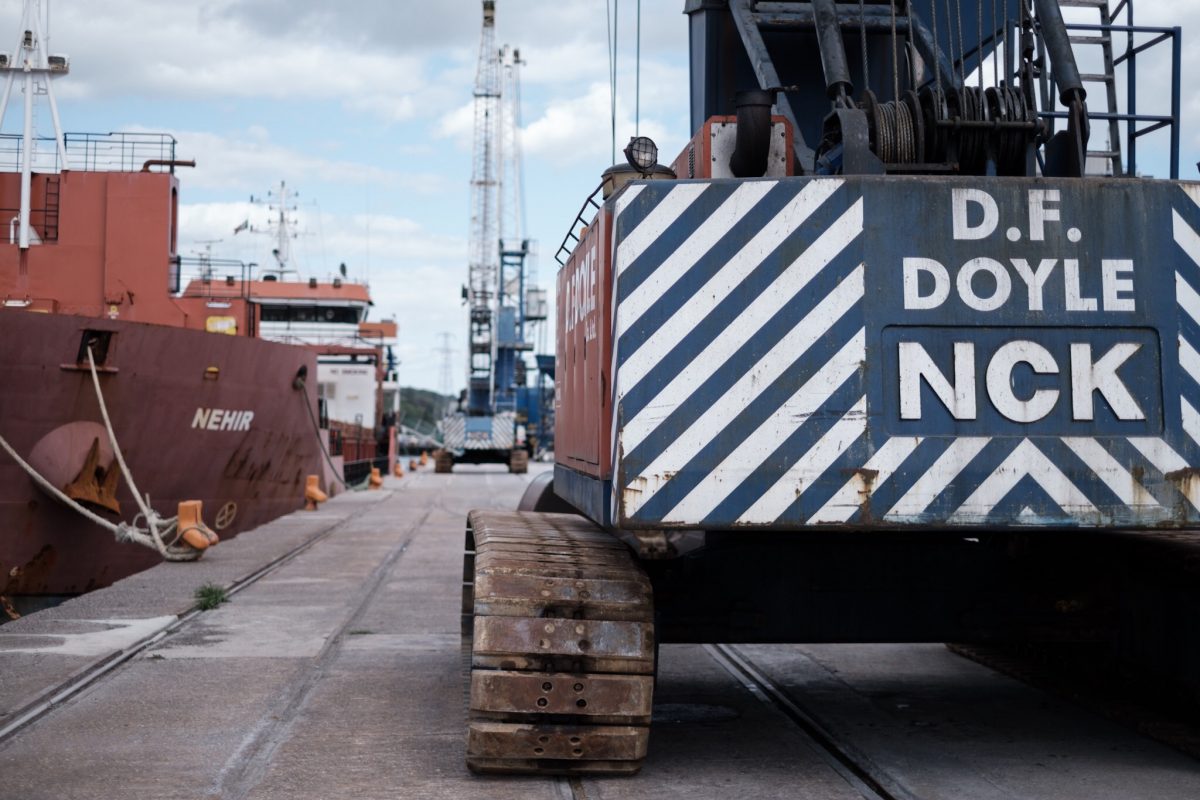 You wouldn’t think it to look at me, but I’m a very big fan of filthy things. Dirty, grimy, covered in beastly mud and oomska. Oh yes. If I’m going to be particular about it, old filth is far superior to new filth. The older the better. Rust is a close second to filth. But if you give me rust and general decay in the same place as filth, I’m a happy man. Industrial filth wins over all other types. I’d probably do more (some) urbex if I wasn’t so terrified of falling to my messy death down a poorly secured hole. So instead of all that, I grabbed the still very new Fuji X-T3 and headed into the city to one of my favorite but least visited locations. 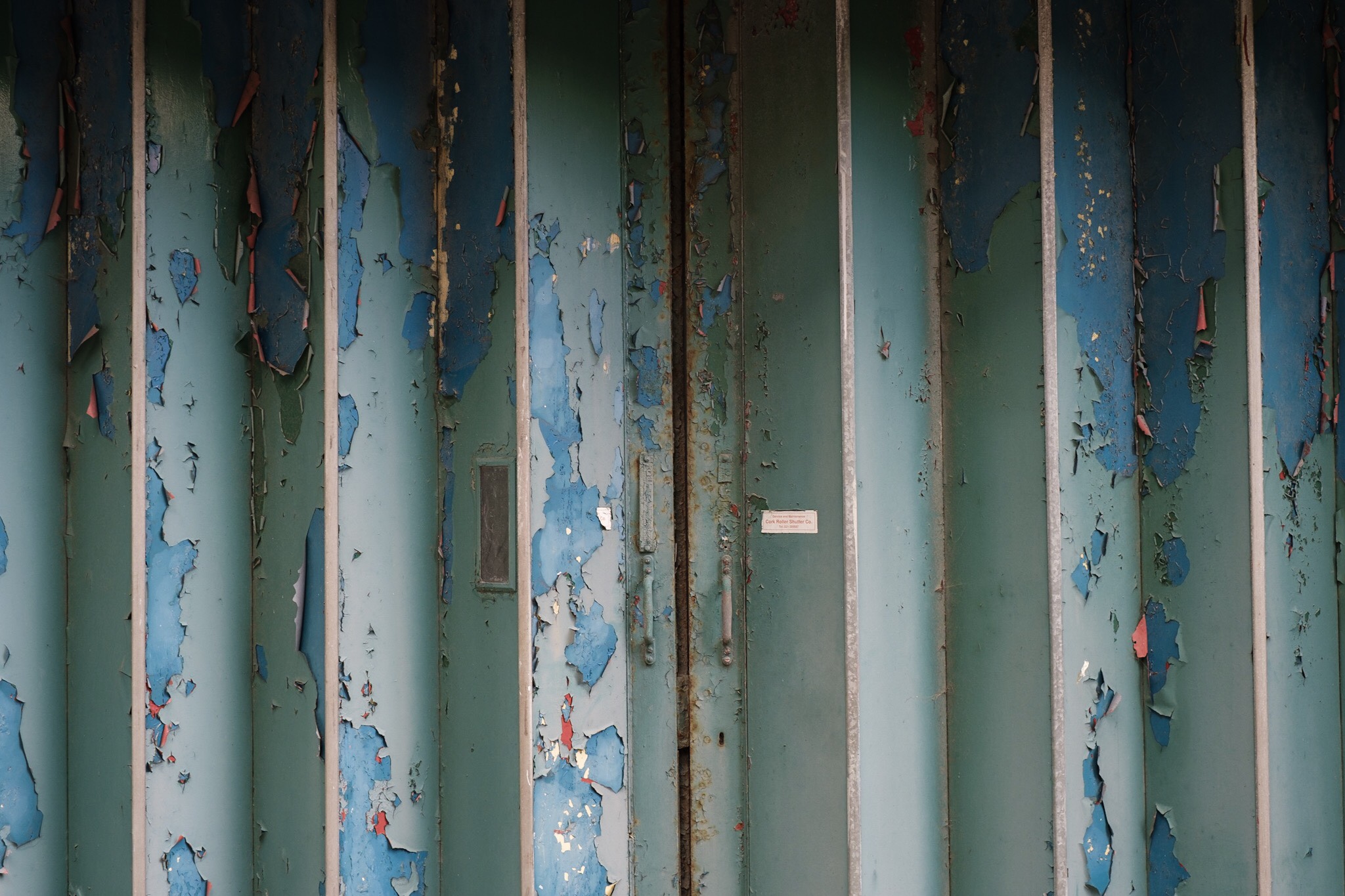 It’s industrial filth and caked on grime on a well, industrial scale. The still very active marina is a goldmine for all things manky and quite possibly rife with disease. Heaven. This time around, it was paired with a beautifully sunny afternoon and an overall very quiet city center. One or two folks sitting in their cars, reading papers or just generally being out of the usual melee of city traffic. I always feel like I’m acting very suspiciously when I walk around the marina on my own. Maybe it’s the signage or the abundance of security cameras hanging off every wall, but I always expect someone to stick their head out of a crusty old door and tell me to bugger off. 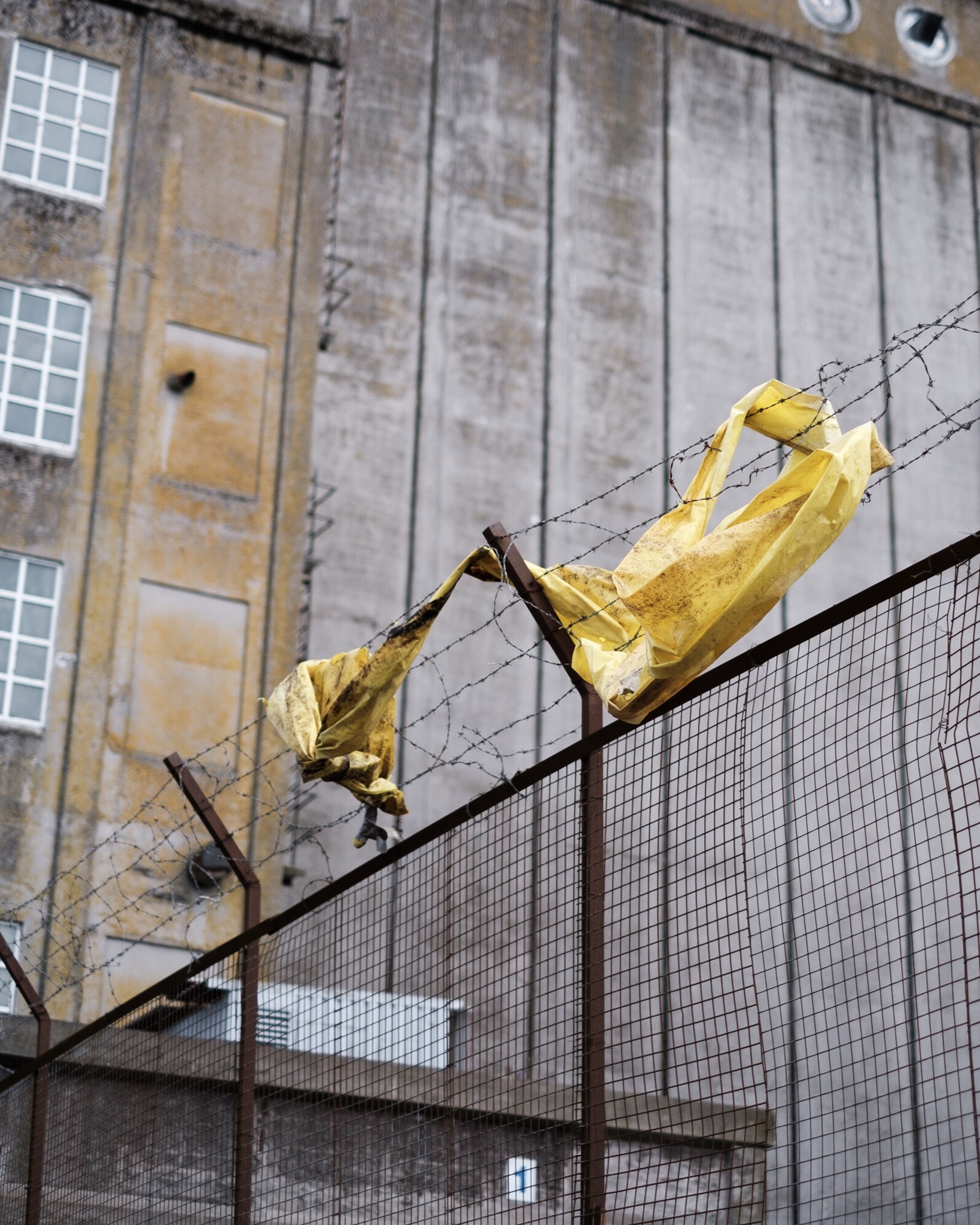 Two of my favorite buildings in all of Cork are here. The famous and prominent R&H Hall concrete monolith (above, err and below) and the Odlums building (below). My roughly 50mm lens didn’t entirely get on with the Odlums building, as I found I’d need to back up almost into the river to get the shot I wanted. So I compromised. The usual cranes, buckets and truck trailers were in attendance, it wouldn’t be the same without any of them. 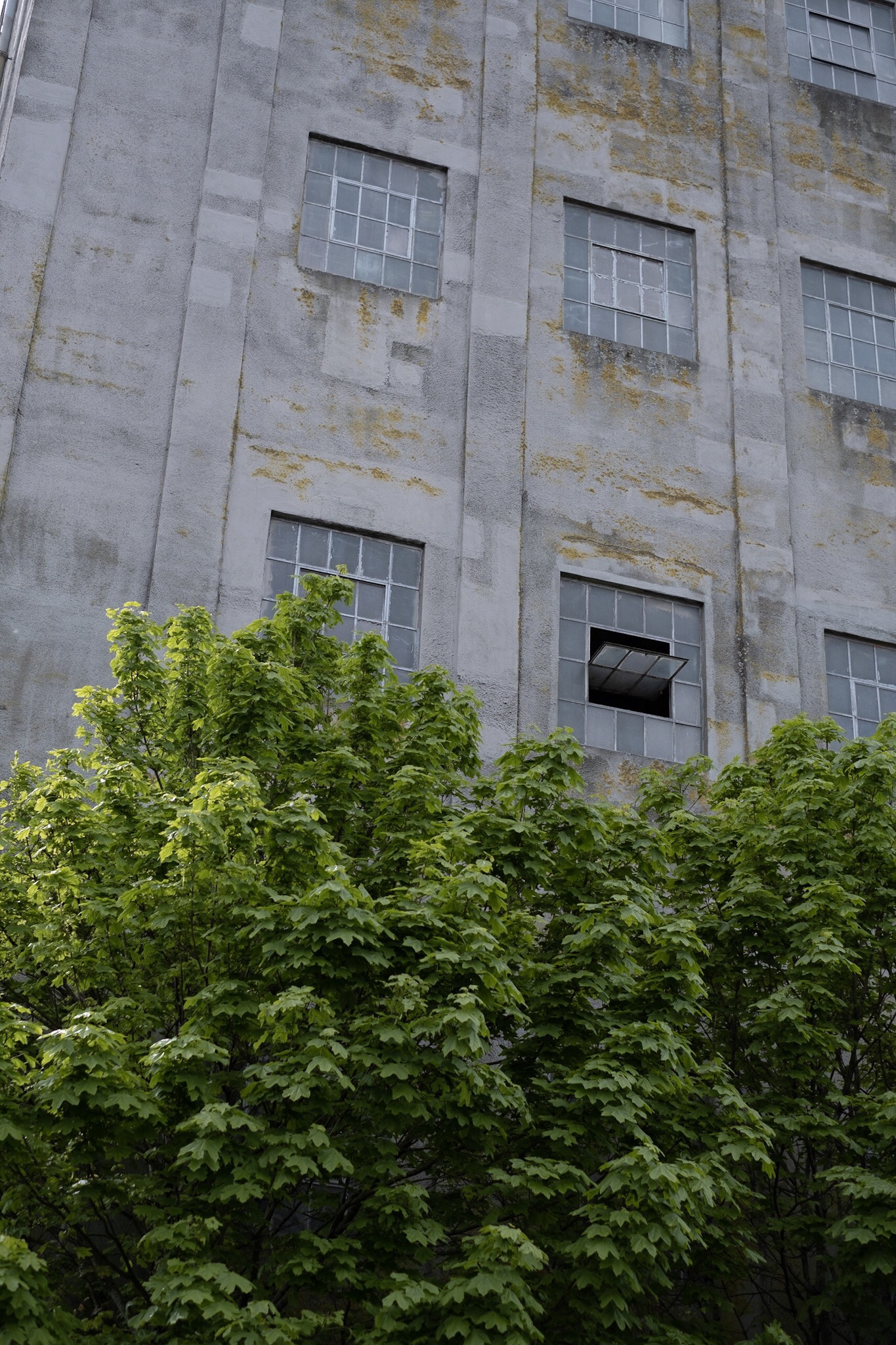 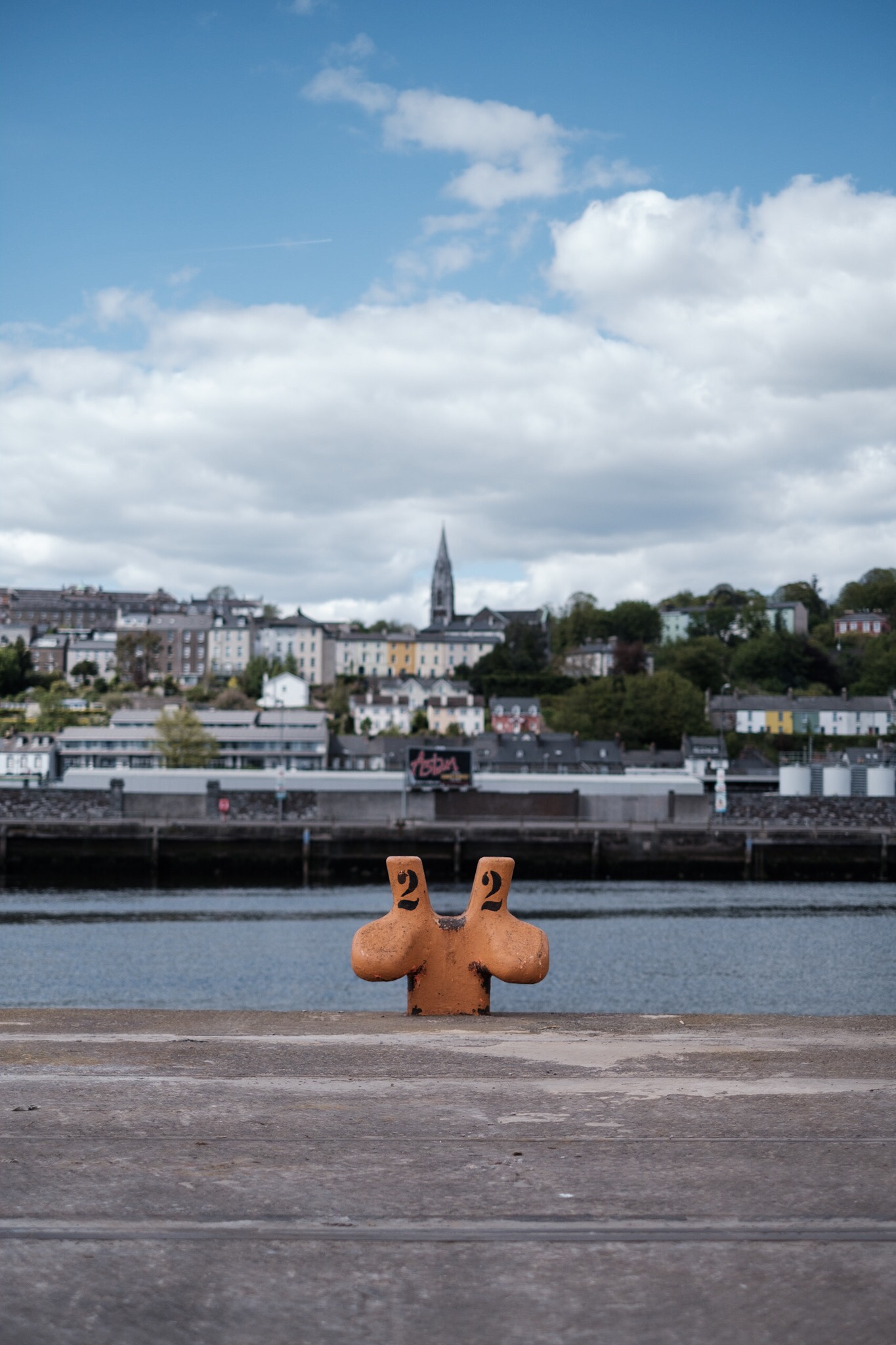 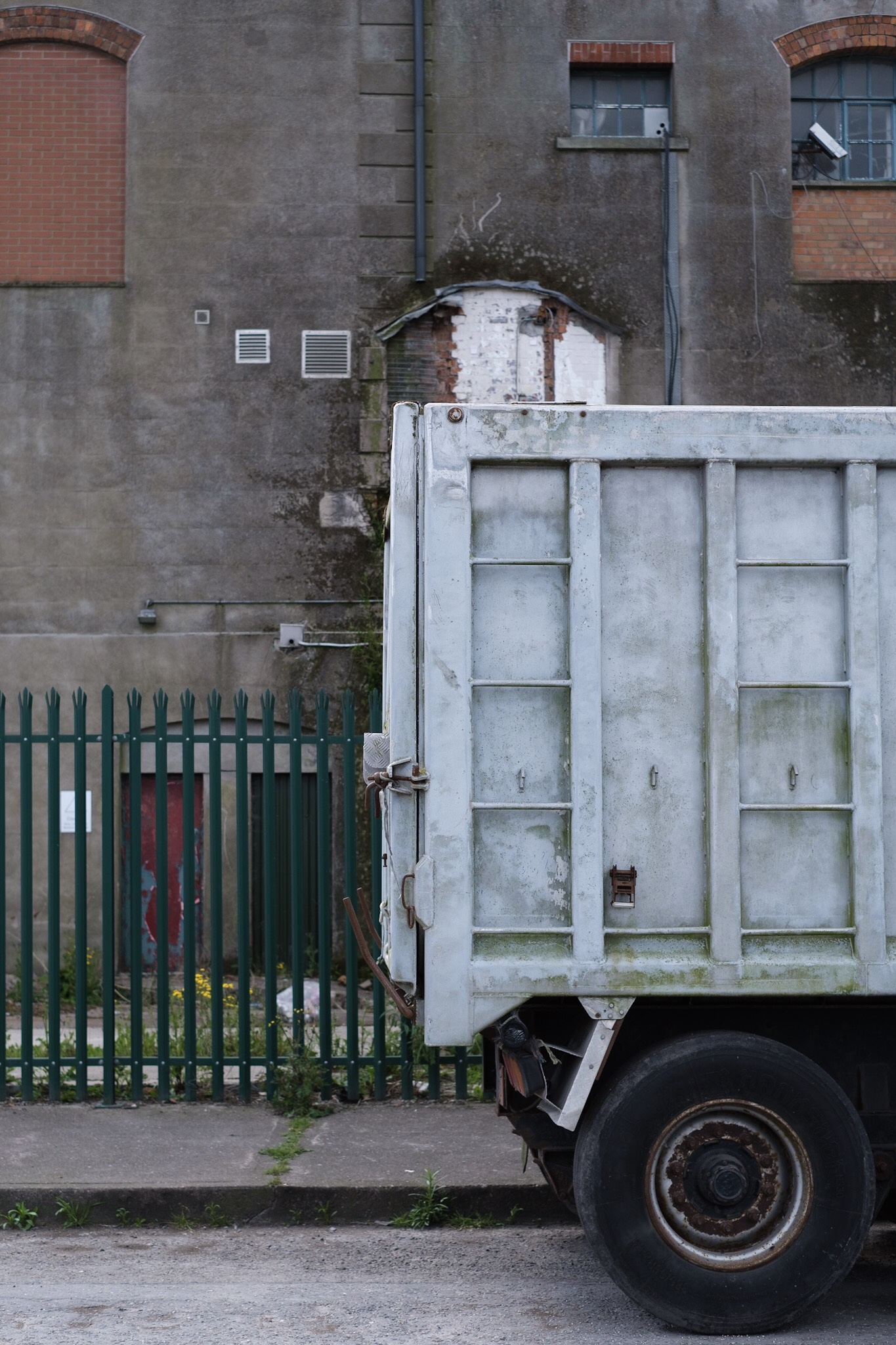 Less than an hour of strolling a winding path around the waterside and adjacent streets, topped off with a slow bake in the afternoon sun on a bench in Kennedy park. This may be the start of a new routine… 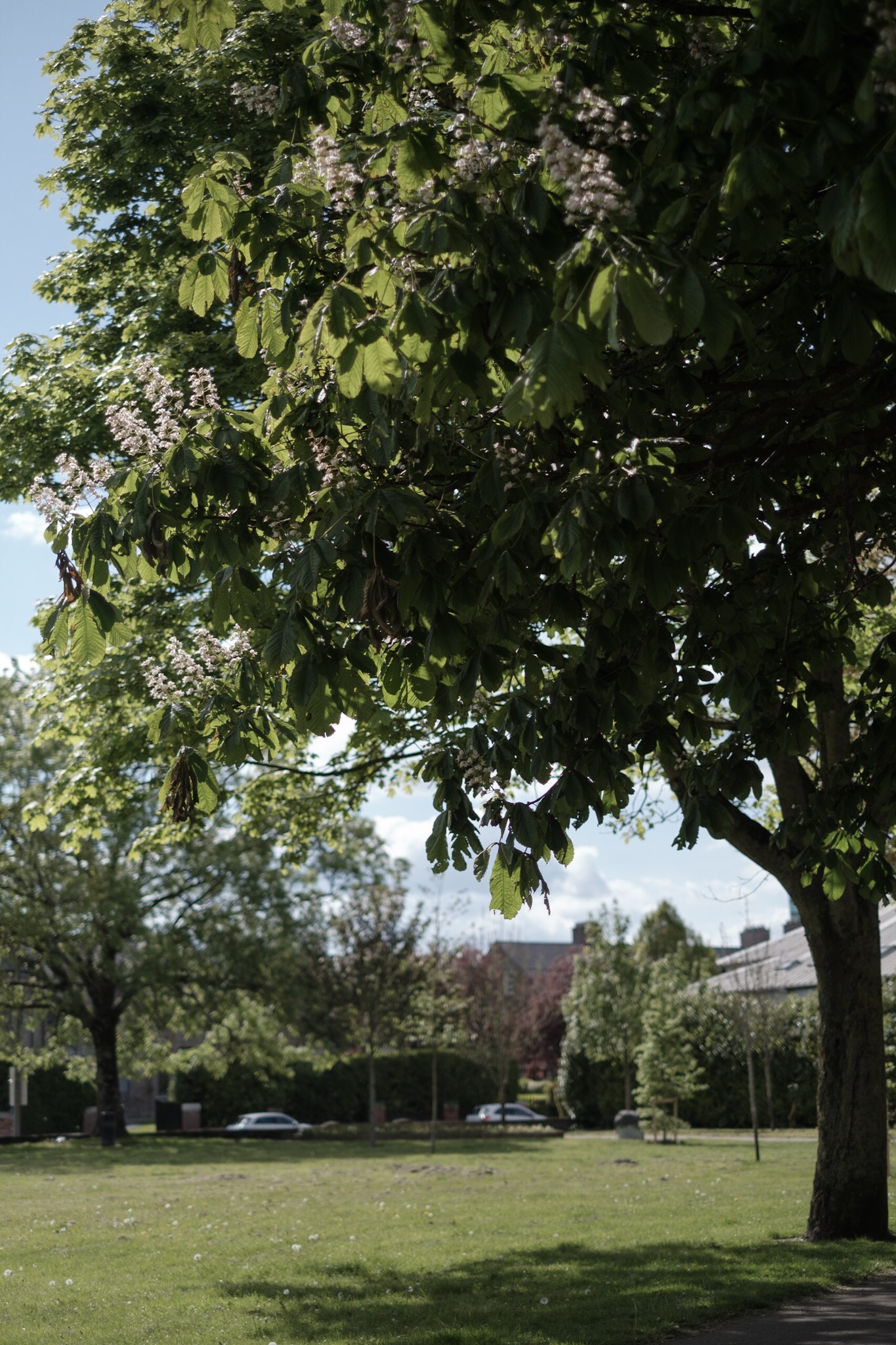