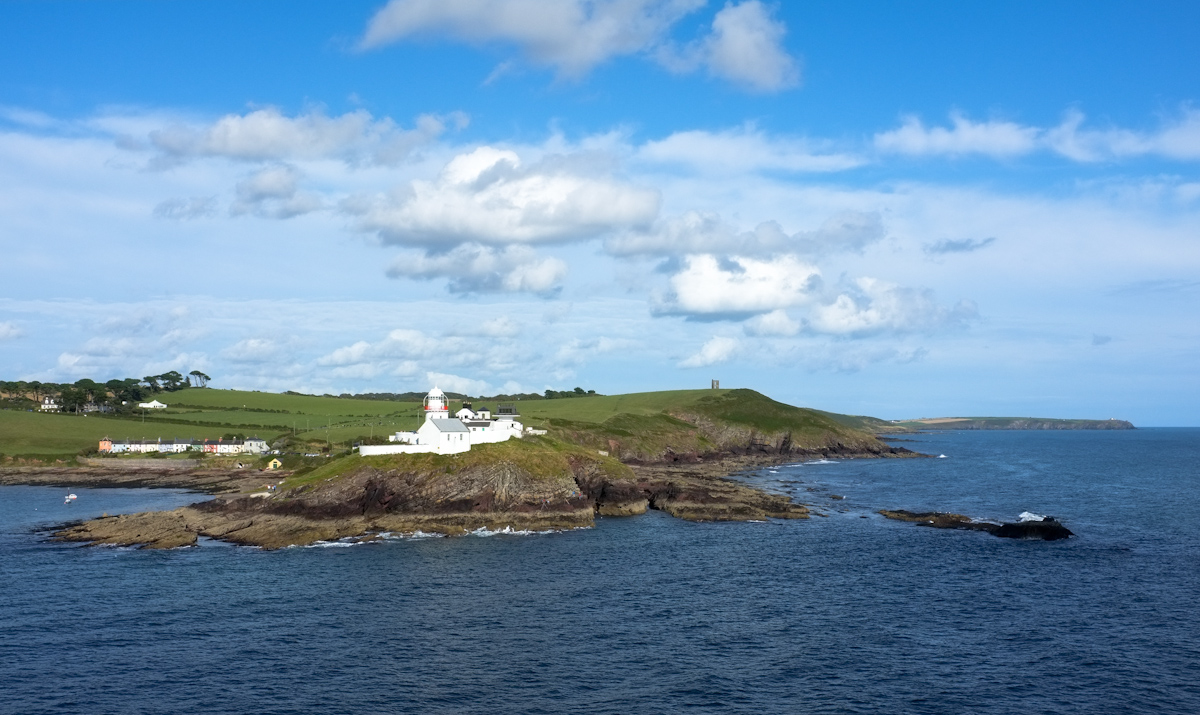 Day 0 began at about 5:30pm on the Friday with loading up the bike for the approx 256km trip to Cork. By the time we were on the road (and a few km beyond the M50 interchange) I already felt like I was on holiday. Julie wasn’t so easy to sway, she had an exact demarcation point of where the holiday would begin. I’d decided some time ago to take the Cork to Roscoff ferry route and although unsure about how my stomach would fare on a 14ish hour boat journey, it had to be better than hoofing it down the motorway from Holyhead to Plymouth. Anyway, it was an excuse for a night in Cork.

We were scheduled to leave at 4pm Saturday afternoon and made the very short journey to Ringaskiddy to check-in and get on board. One of the many benefits of being on a bike is when it comes time to board ferries. Usually you’re one of the first people to board and more often than not, one of the first to disembark at your destination. No surprise then that after showing documents at the check-in desk, we were pointed to a boarding lane with nothing in it and from there, ushered immediately into the ship to join the other two dozen or so bikes making the journey. Overnight clothes removed, bike strapped down and off to find our cabin. The boat left promptly at 4pm and after standing in line to book dinner at the ‘fancy’ restaurant, we made it out on deck to see Cobh, the outer harbour and Roches point (below) passing by. 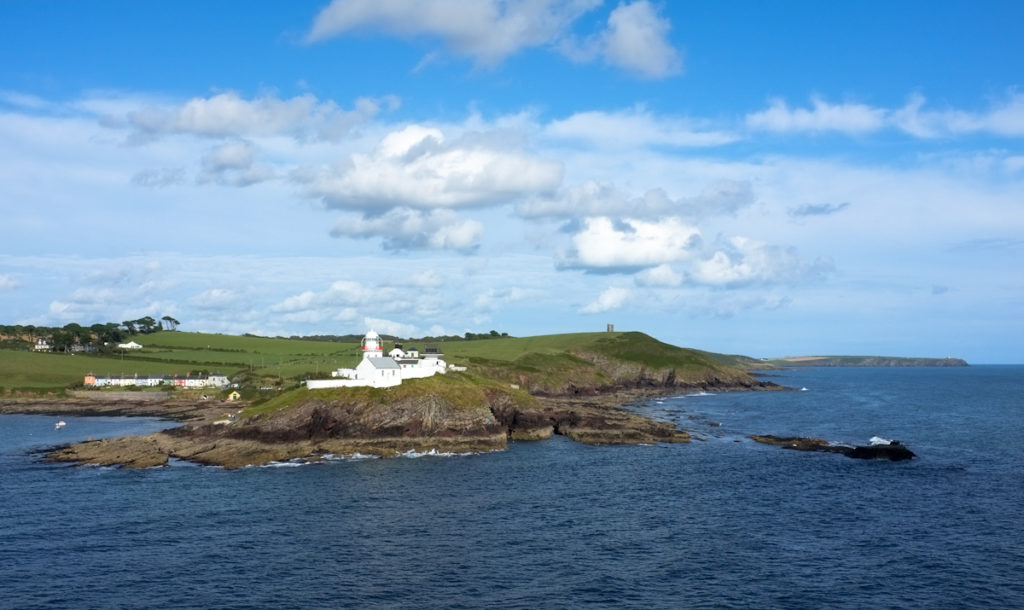 The weather was outstanding, somewhat adding to the immediate feeling of being on holiday. Julie had passed her ‘point of no return’ and also agreed that yes, we were in fact now on holiday. We lazed in the impossibly low and unfathomably reclined patio chairs that were strewn around the deck, which at this stage in the journey were being shuffled around by the increasing wind. The feeling of total relaxation swept over me, joined almost right away with the feeling that I wouldn’t be able to stand back up even if I wanted to. We killed some time (i.e. I watched a few rows of a new knitting project being added) before retreating inside to explore the ship. The Pont Aven is quite impressive, at least compared to the only other ferries I’ve been on. The staff were friendly and unlike only being able to stroll from bar at one end of the ship to cafe at the other, there was quite an expansive amount of space for the passengers to spread out over to while away the crossing.

I busied myself with drinking a couple of mid-afternoon pints and we pretty much did nothing except eat and drink until the next morning. There was a little bit of a ‘WTF?’ moment when we first found our cabin. I’d booked a two berth but on entering the cabin only found one small berth. No, I’ve never been on an overnight ferry crossing before. After searching long and hard, I did eventually find the other bed hidden in the ceiling. No prizes for guessing who ended up scaling the ladder to sleep in the ceiling bed. 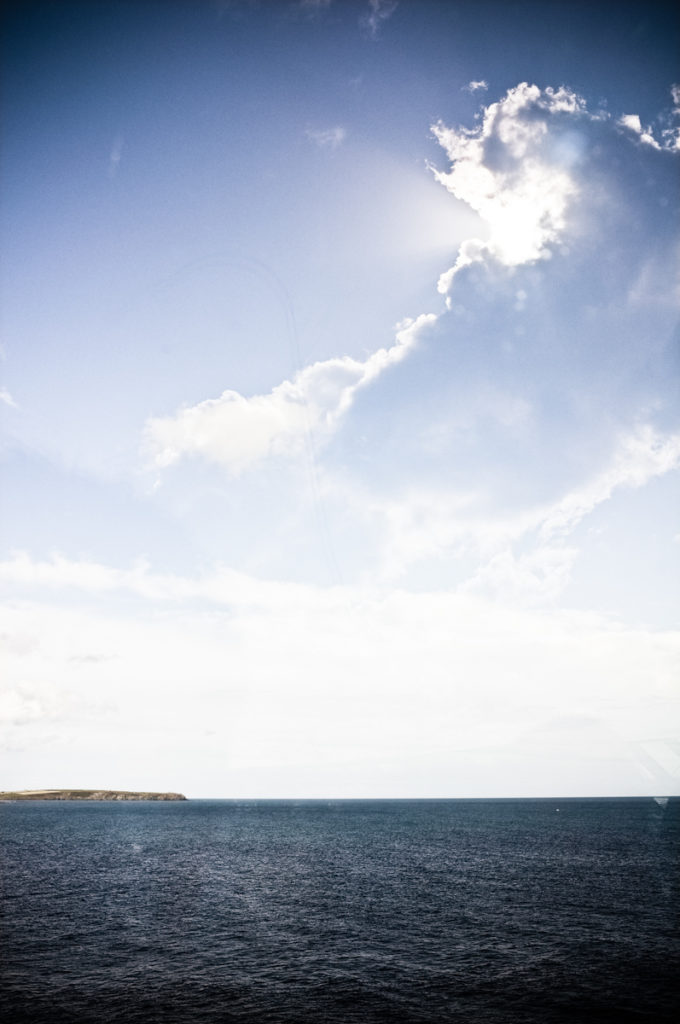 I’ve never much been a fan of waking up or getting up early at the weekend. An exception had to be made this Sunday morning when we were politely invited to vacate our cabins at the eye watering hour of 6am (that of course being 5am Irish time). Once the ship docked in Roscoff it was still dark outside, something I hadn’t entirely anticipated. We made our way down to the vehicle deck, loaded up the bike and then had to wait about another hour before being allowed to disembark. What was that I said earlier about first on, first off? Never mind.

Out into Roscoff, down to Morlaix and pulled in rather sharpish after Julie noticed a boulangerie we passed was open. Sharpish like on the wrong side of the road, hopped a footpath and streaked across a pedestrian crossing. Thankfully it was still too early for any French people to be awake so potential fatalities caused by my urgent need for breakfast were non-existent. Or at least those that don’t work in or own a boulangerie. Something that never failed to surprise me throughout the duration of the trip; Rolling through a dead town, shutters closed and not a soul on the footpaths, you’d usually still see a boulangerie open. Our first of many pastry breakfasts over, a dash down the motorway and some side roads later and St. Malo was chosen as a spot to stretch legs. 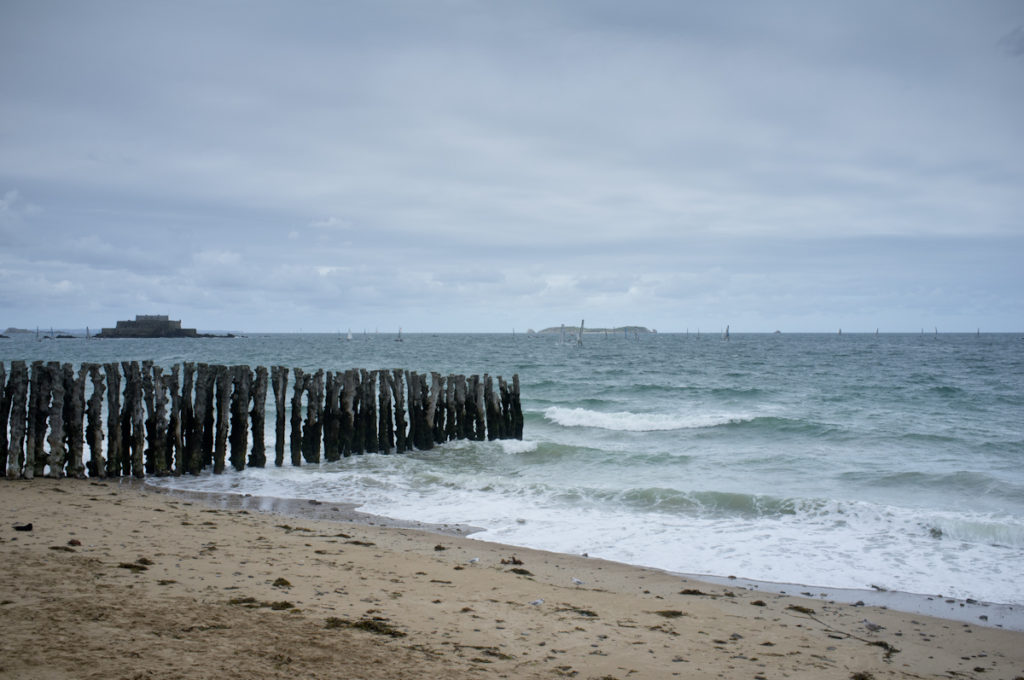 It was warm, threatening to rain and ever so slightly windy. After a few photos and putting on a show for the locals (not a very interesting one, we didn’t actually do anything to warrant the open mouthed stares) we pressed on to Mont Saint Michel. We did eventually make it out as far as the causeway, passed the hordes of tourists, the souvenir shops and the numerous hotels in the area. Unsure as to what the parking situation was and having seen several groups of UK registered bikes turned away, we took our photos and made the decision to return tomorrow evening. 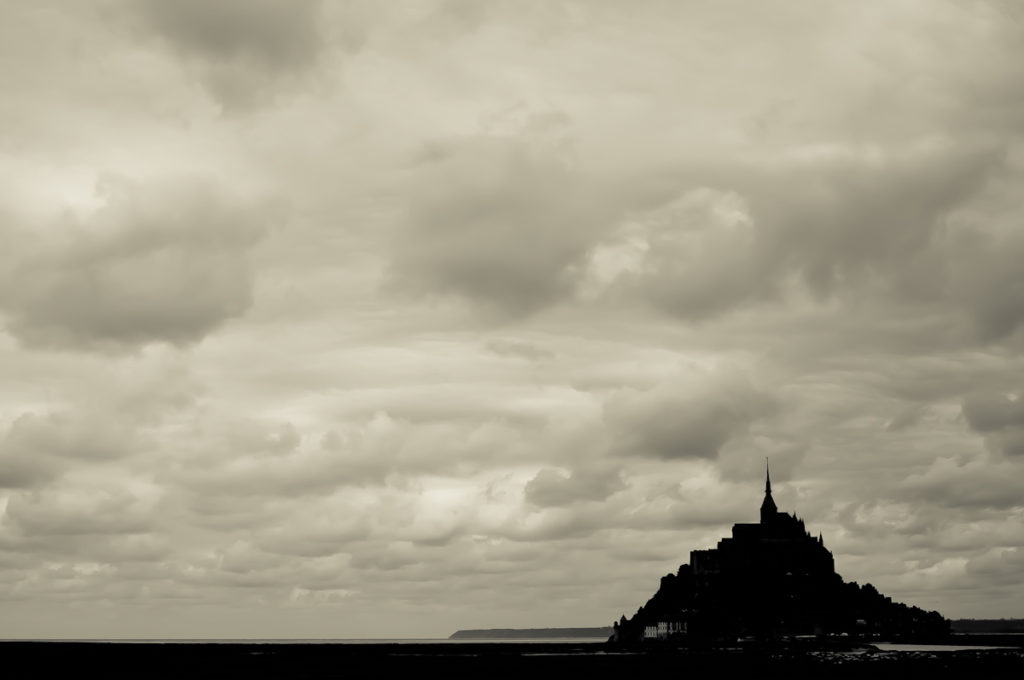 Special mention for the first crappy cup of coffee I had in the trip at a sandwich bar. Made tolerable only by the truly awe inspiring sandwich stuffed with pickles I also picked up. I started to notice how friendly French bikers are. Practically every bike we rode by gave a wave. Bikers in Dublin could stand to learn a thing or two. We did also get the odd nod and nervous ‘hello’ from UK bikers, unsure if you can speak their language to return the hello until they see the country stamp on the license plate.

Anyway, homeward bound! Or at least home for the next couple of nights…

(the writing will get better. Err, hopefully)