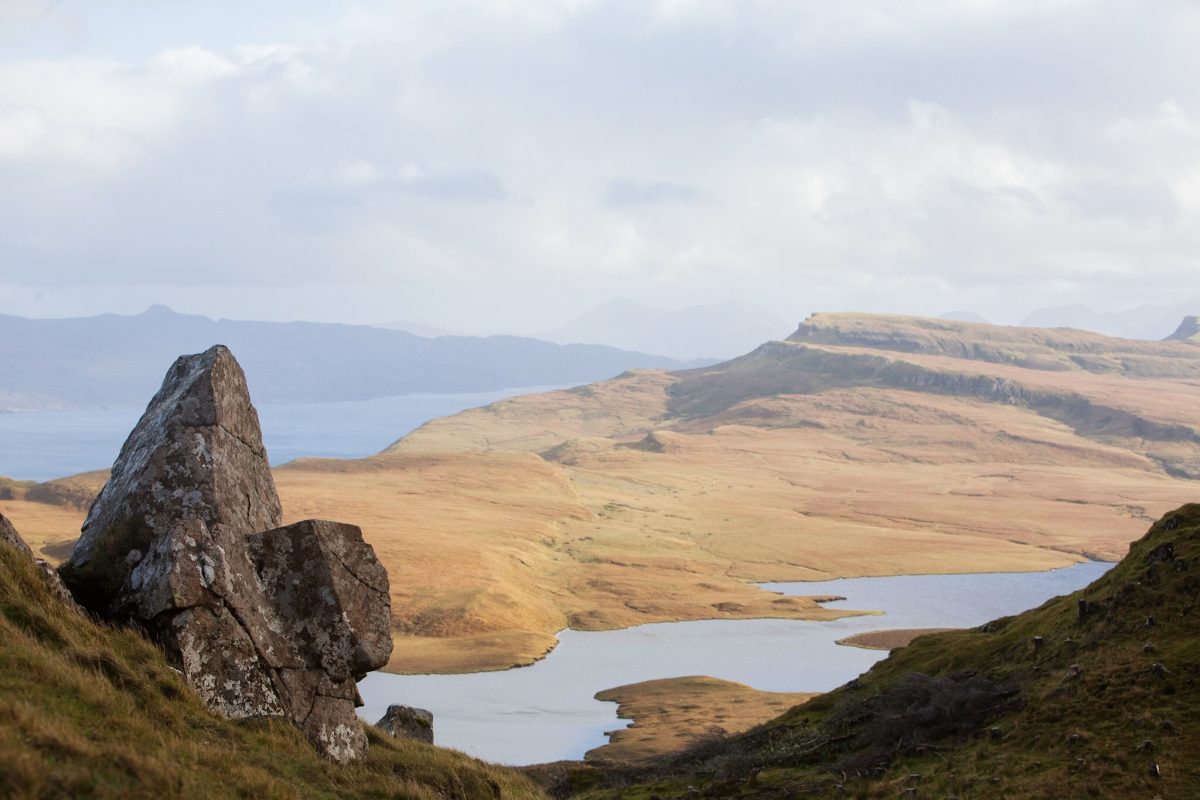 More ways than one. Getting back to work on the Lightroom catalog following a creative cloud update that synced my synced copies with syncs of syncs. Lightroom on the iPad was a mess, Lightroom classic on the computer was a mess. I gave up on it over Christmas in favour of eating and drinking too much. Did finally get it solved, at the expensive of losing all the edits I’d completed on the Scotland photos. That was irritating.

Also back to work, which is similarly unfortunate and irritating. But on the plus side, the ferry is now booked for the ride over to and around France this year. That’ll add a 2019 set of France adventures to process alongside the other ones I have yet to finish. Ah well.

I suppose I should add some kind of context for the photo in this post. It was taken on Skye, after walking about two thirds of the way up to see The Storr. Then after promptly deciding that it wasn’t worth the massive effort to climb the rest of the way (what with the way the light was going and cloud rolling in over the mountain), I turned around and saw an amazing 180 degree view back over the island.