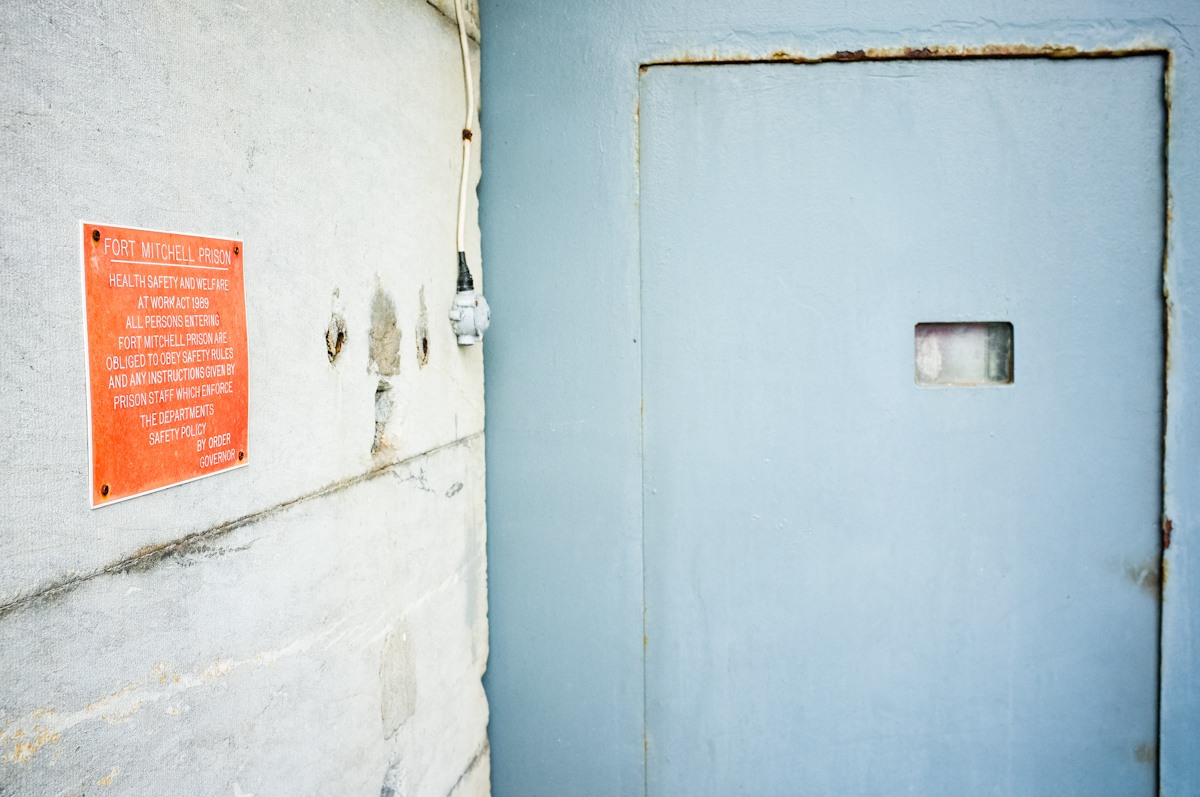 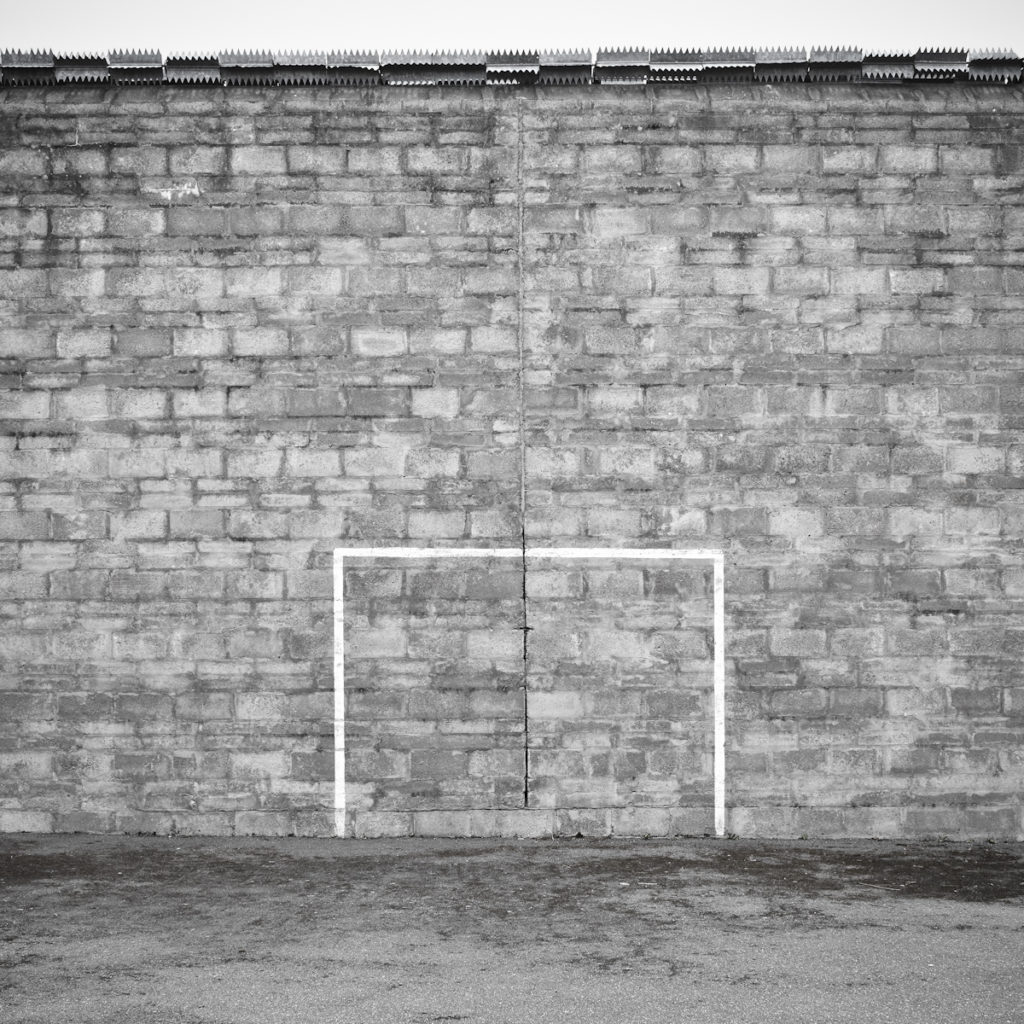 When you’re not in your luxurious quarters, you’ll be able to roam the grounds, play some football, listen to your favorite bands on your very own state of the art music system, build sandcastles, enjoy dipping your toes in the cool Cork harbour water and wave at the locals. If you’re good, you might even get back to the mainland in 14 months. Yes, you’re on Spike Island courtesy of the department of justice. 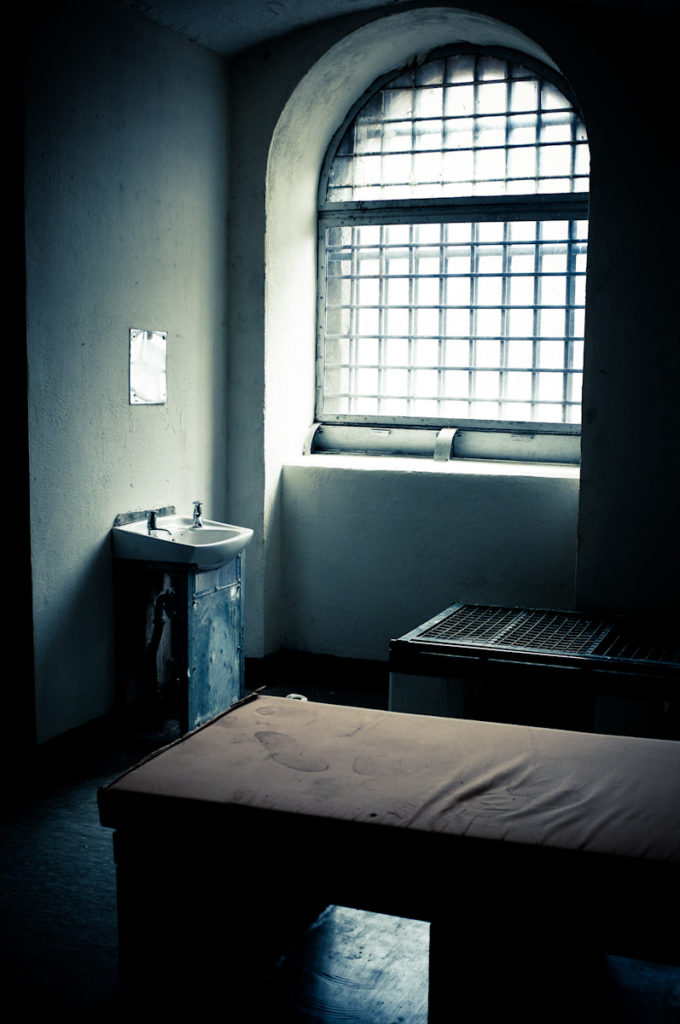 If you’re there in 2011 however, you’ve either made a wrong turn in your yacht or you’ve paid for the pleasure of touring the now closed down (and mostly burned down) Fort Mitchell prison. They could go as far as to title it “Spike Island; More than just a prison you know!”

By the time I was old enough to comprehend it, I was told that the island visible off the coast of many of the seaside spots I grew up next to was a prison. Nothing more, nothing less. I wasn’t informed that before those times, it served as a monastery, a colony and a strategically important military stronghold to guard against unsavory types making their way into the inner harbour.

Neither did I know that it’s where “Little Nellie” (a Cork legend) was born. I can’t elaborate too much on that one, to me Little Nellie is mostly what I heard peoples parents threatening them with. “Eat all your potatoes or Little Nellie of holy God will come and get ya” and so on. It was either that or “we’ll put them in an envelope and post them off to the starving children in Africa”. Ah the 80’s were great.

It was strange being on the island after wondering about it for so long, much like the first time getting into Fort Camden. Spike was always that bit more elusive however as even with a telephoto lens or a pair of binoculars and some time spent in Crosshaven or Currabinny, it was still quite difficult to make out anything on the island except for high stone walls and lots of fields.

So walking onto the island for the first time, I was amazed to learn that it was more historically significant than just being a place to temporarily hold joyriders. Although we only saw them from afar (owing to a somewhat time restricted tour), we were told that there were houses, barracks, a church and a small town square. Almost hard to believe. It was all a bit confusing as we were lead around the winding path to the fort on the top of the hill. It was a place that people were born and grew up, where people were married and lived happily and then with a few more turns of the road, a place where teenagers were dragged in handcuffs and locked in cells.

Just as quickly it turned back into a military operation and it wasn’t difficult to imagine soldiers running through the narrow corridors of the gun room, loading shells and farting about with cordite. Then back outside into the bright August afternoon and it was a prison again. It’s all a bit confusing. The only two things I think I’d change about the tour are, 1; It was very wordy. Although our guide was a mind of information and very friendly, we were bombarded with names and dates in our frequent stops from landing on the pier to standing inside the parade grounds. That links in with 2; I think the tour is too short. Like maybe an hour or 90 minutes too short. After all the information is dispensed and the tour is led to some of the more photogenic parts of the fort, I’d like to see more than 20 minutes being allowed for people to be left to their own devices. 20 minutes to explore such a vast structure didn’t leave much time for anything other than a frantic dash to see a couple of rooms.

I can fully appreciate that the tour is in it’s infancy and given the opportunity, I’d like to raise a group large enough to return to the island on a private booking where hopefully a full mornings photography could be catered for. Given time and sufficient supervised access, Spike Island is a photowalk in itself. 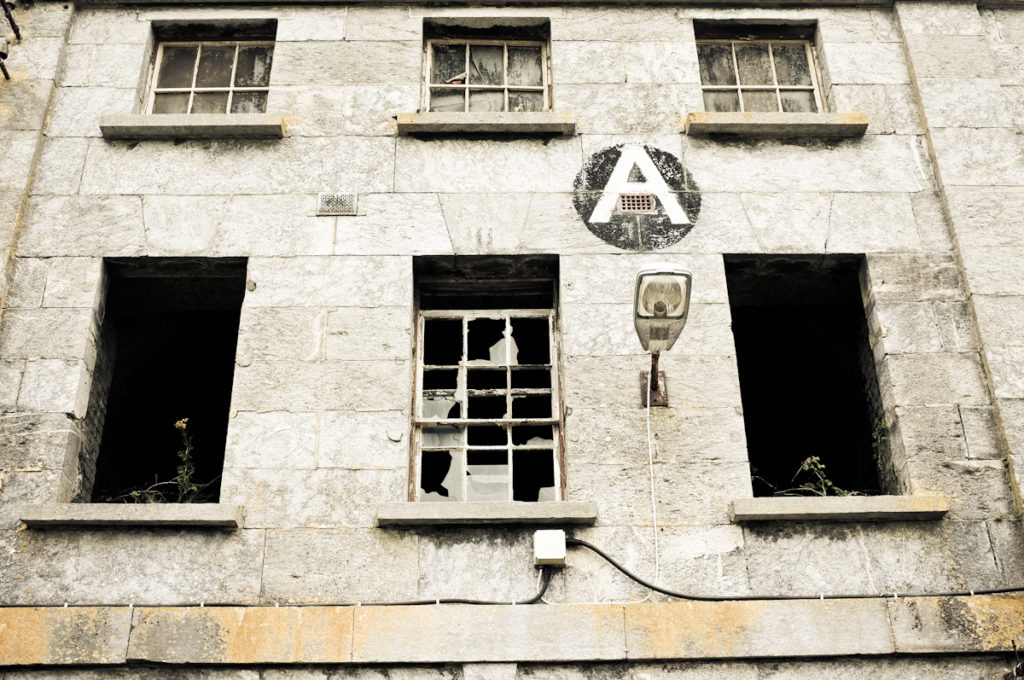 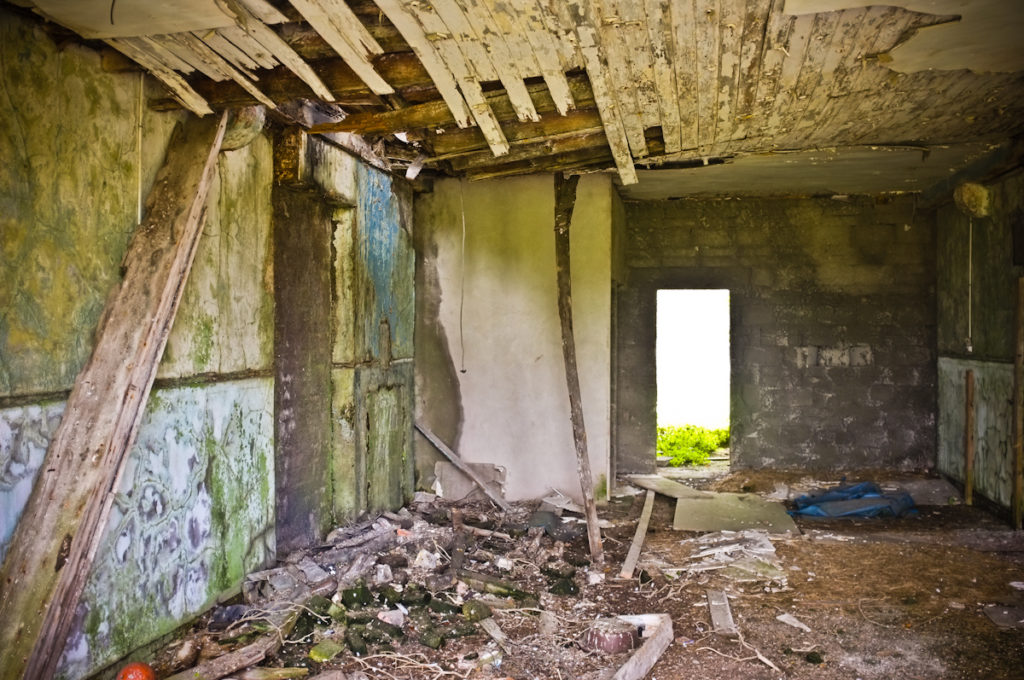 A block (two photos above) where inmates were housed. The scene of a riot in August 1985 where prisoners took control of the block, burning it out. 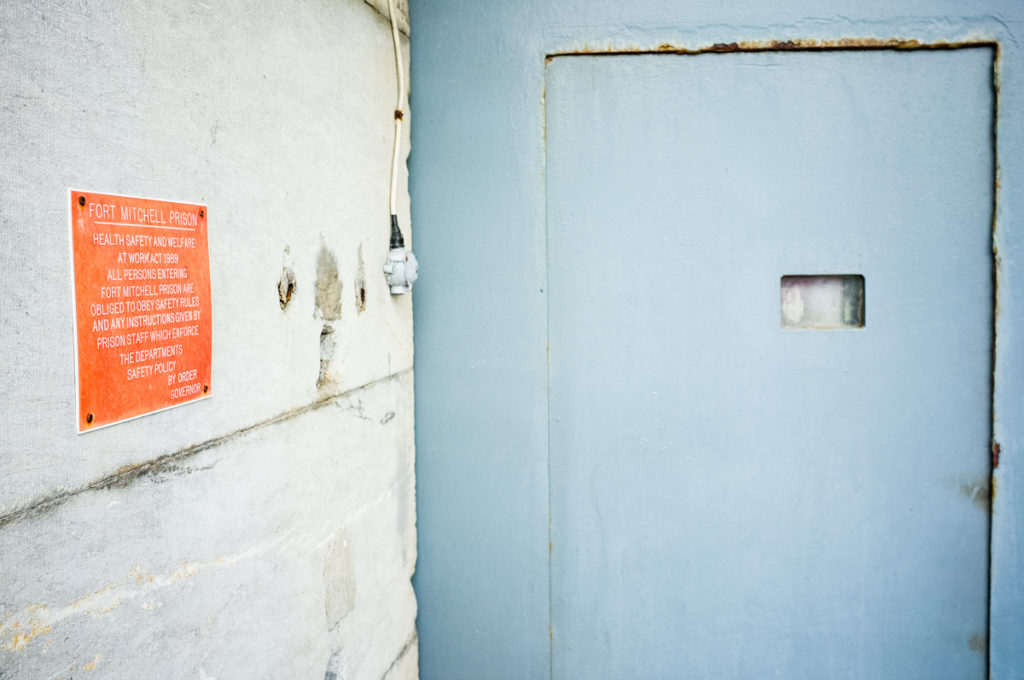 Inside the outer gate 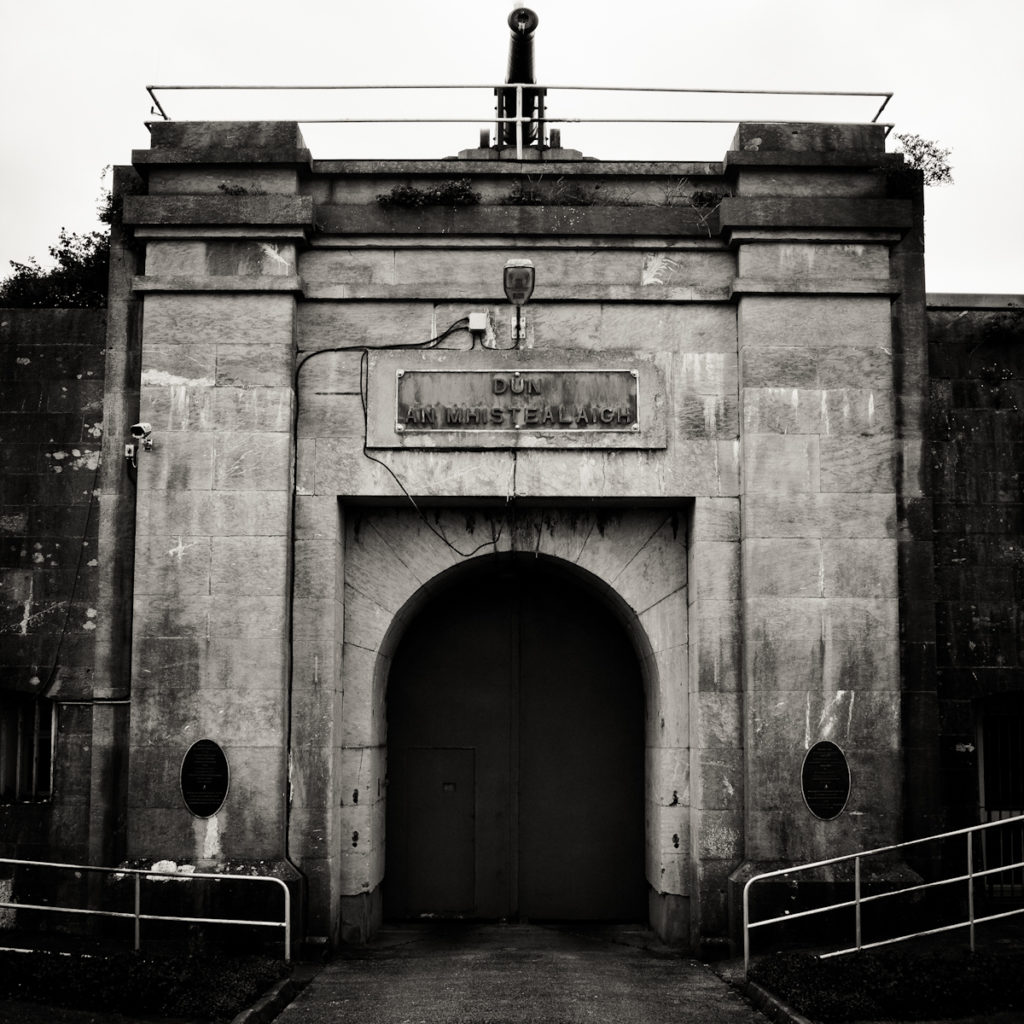 Half Moon
Church of St Anne

4 Replies to “Home from Home”