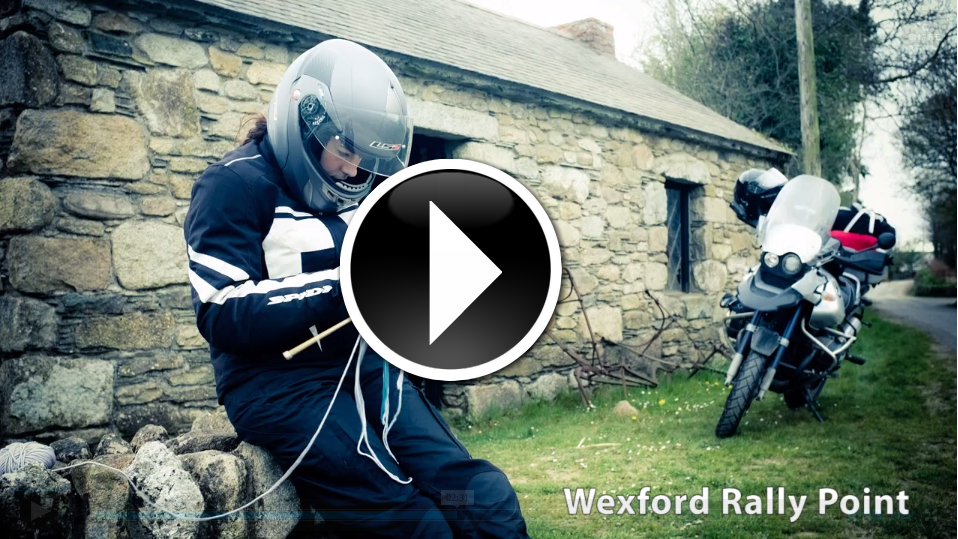 A little bit delayed but better late than never. Premier Pro was driving me nuts so after upgrading to 12gb ram, it’s driving me slightly less nuts. Nuts slightly less. Either one. For some reason (after doing some minor colour corrections), it took about 1,000 times longer to export this video from Premier Pro than it did pre-corrections. I’ll figure that one out eventually.

I’m still pretty much in the testing phases with these drift cameras, their first big trip will be in a couple of weeks time to the highlands.

The above is the first part of the Easter weekend trip to Cork. We took the road to Cork less traveled by riding down to Carlow, into Wexford and onto Waterford before hitting Cork from the east. A surprise attack on a Friday afternoon to get the weekend off to a flying start. The reason for the detour was to get some otherwise pain in the ass photo rally points in the bag, namely the ones in Wexford near New Ross and the slightly less pain in the ass Waterford point just outside Dungarvan. From Dungarvan it was a straight run (via the perfectly twisty main road) to Cork.

As before, until I pay my $60 a year dues to Vimeo, the above embedded video is in bog standard SD. If you want to view it the way nature intended, go to the video page on Vimeo for some HD lovin’.

Part 2 will be along shortly and will be a much less time lapse affair. Off into the wilds of west Cork & Kerry for that one.