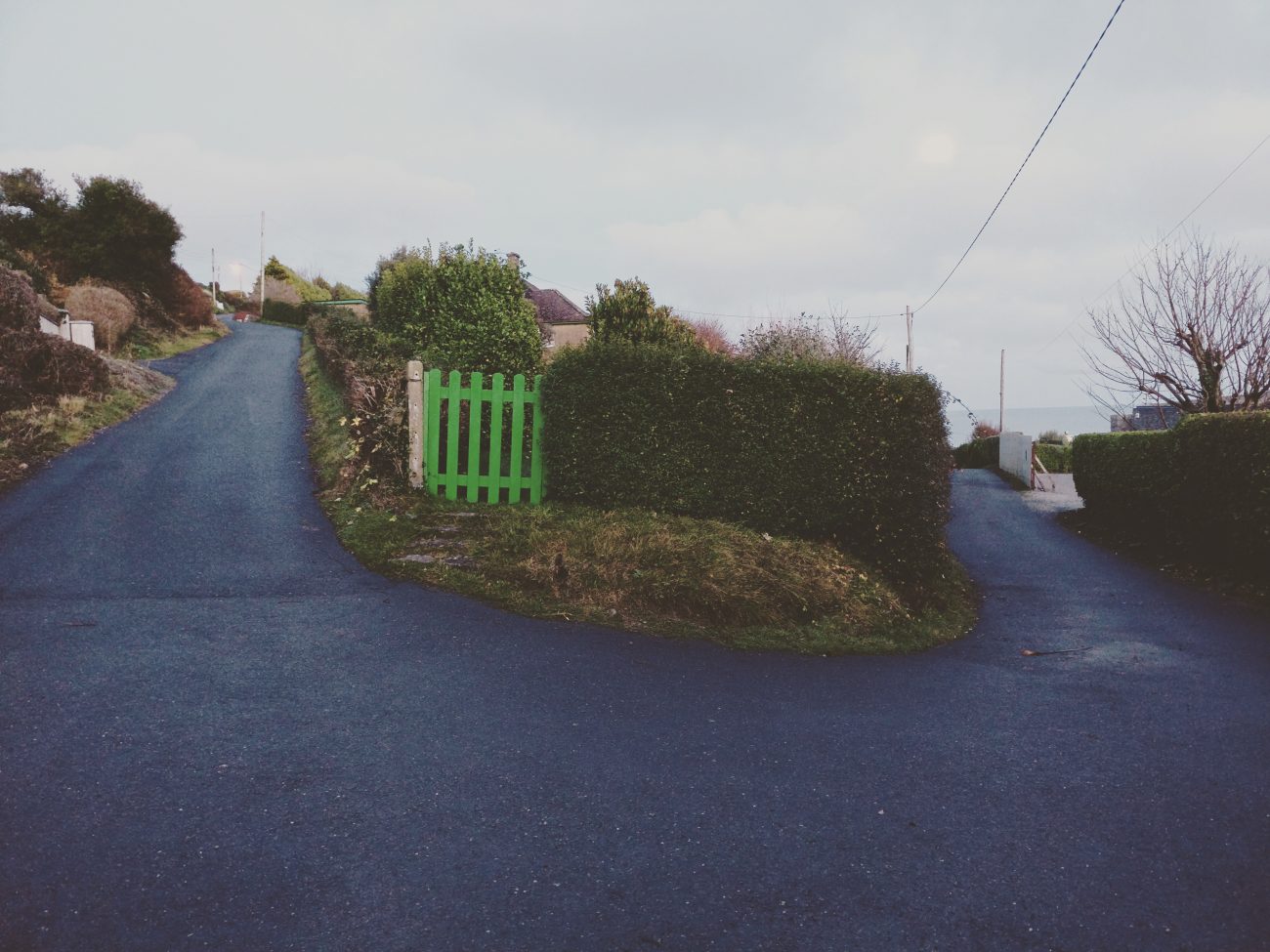 Since moving back to Cork a few years ago, I’ve started to rediscover some of my favorite local places where I’d go to get out of my head for a few minutes and enjoy the familiarity of the scenery. More often these days, I don’t think to grab a camera before leaving the house, but looking at it another way, I guess I always have a perfectly serviceable camera in my pocket. The photos just very rarely make it any further than Instagram.

There isn’t the same process of physically removing the memory card and reviewing the spoils in Lightroom, before choosing a select couple to upload to Flickr (which I don’t tend to do anymore either) or to the blog. But this isn’t a long, sorry tale of how modern conveniences have made us lazy. It’s a short walk up a hill and back again with a couple of photos I felt the need to take at the time.

It was pretty late in the evening on Sunday before I managed to sufficiently motivate myself to put shoes on and leave the house so with the fading light I wasn’t sure the OnePlus3 I bought back in July or August would perform as well as it did. With small brightness & contrast adjustments, I ended up with a pretty decent result.

I parked at the beach in Fountainstown and having received the now standard ‘who are you and what are you doing here’ looks from a couple of the local dogs on the beach, I made my way up the path next to Angela’s Shop (because walking up the hill is just boring).

As usual, I walked at a pace that most would find uncomfortably fast, slowing down occasionally to be a nosy bugger and look at the astounding amount of planning notices posted on the roadside. The new building boom seems to be entirely concentrated to the Fountainstown coast road. I’m still curious how a few of the newly constructed houses on that road got planning permission in the first place, sitting there on the side of the hill sticking out like a sore thumb and all.

About 2.5km later, I was back at the start and the small group of people I’d left in the car park at the beach was now a large group. Standing around drinking mulled wine and having fun like it’s Christmas or something. Hippies.

See, who said blog posts have to be coherent and well planned?