Bealach Na Ba, once the only road into the remote western shores town of Applecross. Now a ‘must ride’ road for those that prefer the two wheeled mode of transport. Think of the road like any country road around Wicklow, except on steroids. Oh and with a perfect surface. Oh and with no cow/sheep/pig shit in the middle of the road just as you carve through a bend at speed. Oh and… You get the idea. I’ll spare you from the ‘if we pay so much road tax, shouldn’t the roads be better’ rant. 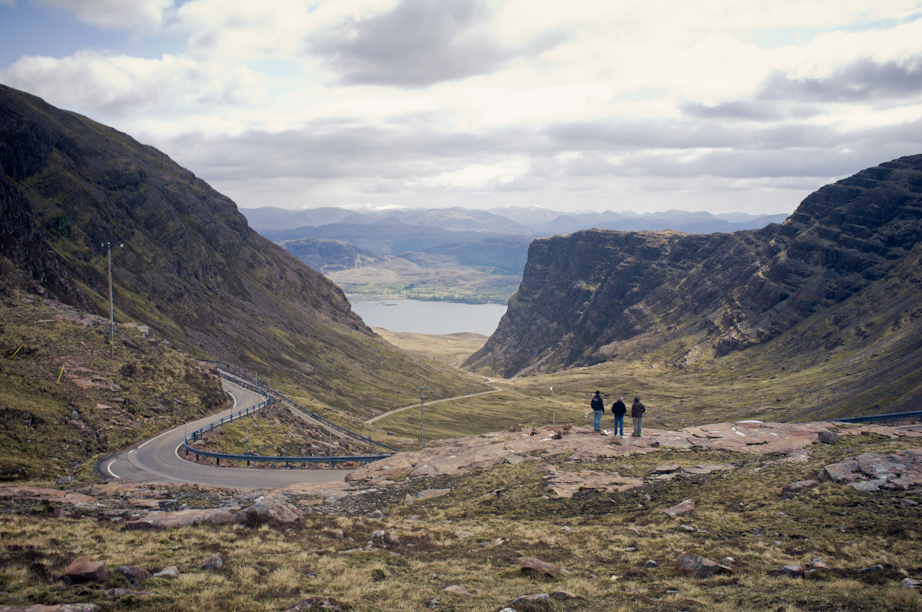 Just like the panorama you’ve already seen except not a panorama. Next time we go up here, we’re bringing a picnic. Very entertaining watching the bikes sweep around the hairpin bends, followed by the cars almost having to perform three point turns to get around them. Not long before we started the climb up to the top, we all (six bikes) overtook a vintage truck crawling out of a nearby town. Some time later, and while standing at the top admiring the view, a local passed by in his car informing us there was an old truck coming up the road and if we wanted to ride the rest of the road in style (my words, not his), now was the time to leave. I was quite tempted to hang about and see exactly how someone in a 30ft long truck was planning on negotiating the switchbacks. My guess; Slowly. 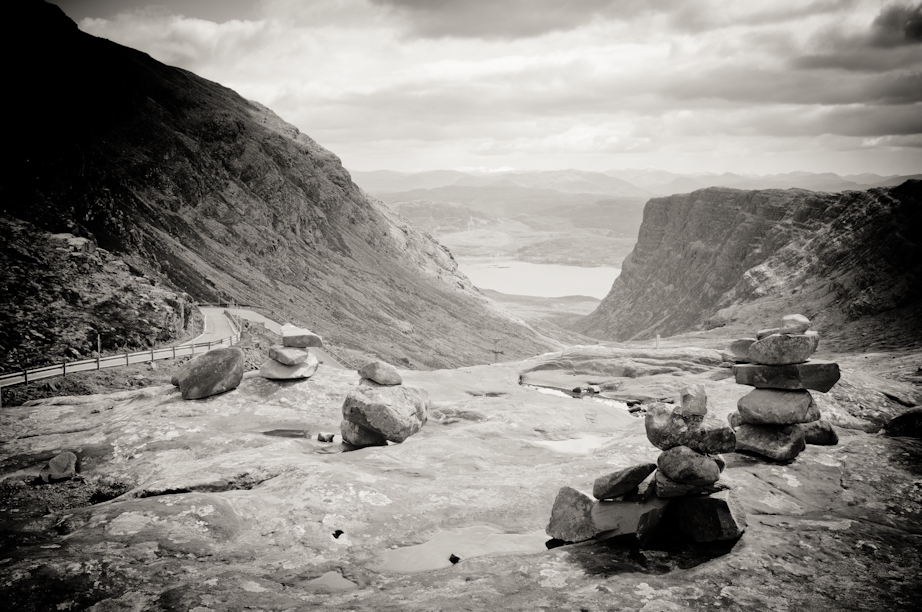 So you get down to Applecross eventually and you do what pretty much everyone else does. You go to the Applecross Inn for lunch. The above is taken from the car park of the Inn. Apparently rooms are expensive but from what I can see, they’re worth it. The problem now is that as Bealach Na Ba is the only good way into Applecross, it’s also presumably the only good way out. You can travel back the way you came or as we did, you head north about 13 miles, then east about 11 miles until you get back to an A road. 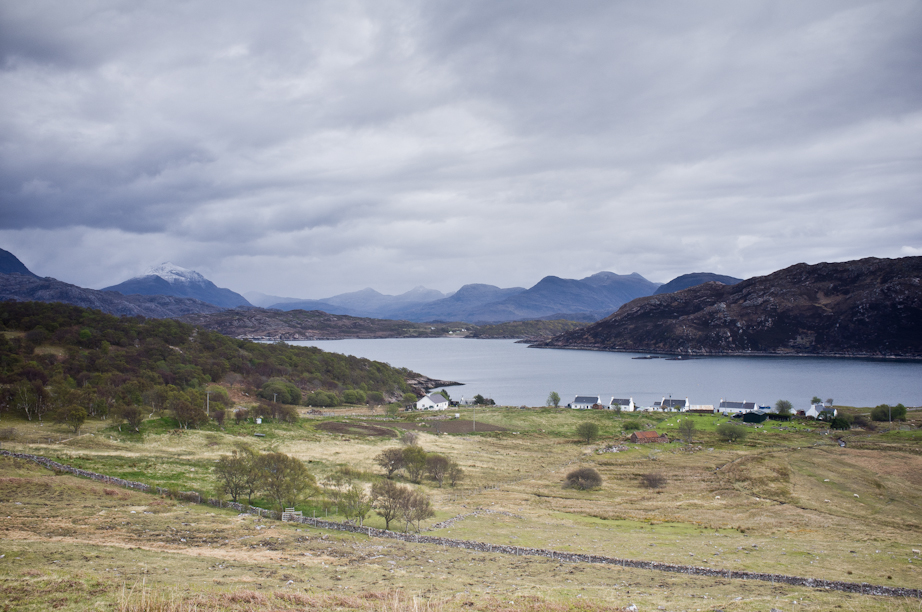 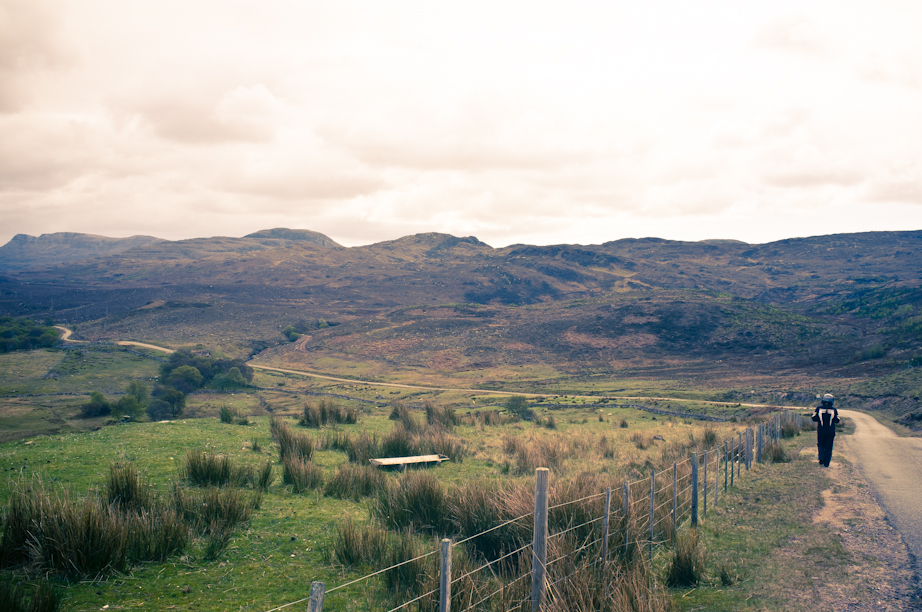 When we came back to Dublin, I checked the price of land and/or houses in the area. Although I think I’d have to change career; I take it there isn’t much in the way of demand for network engineers up there.

Across Scotland in six panoramas
Gap of Dunloe